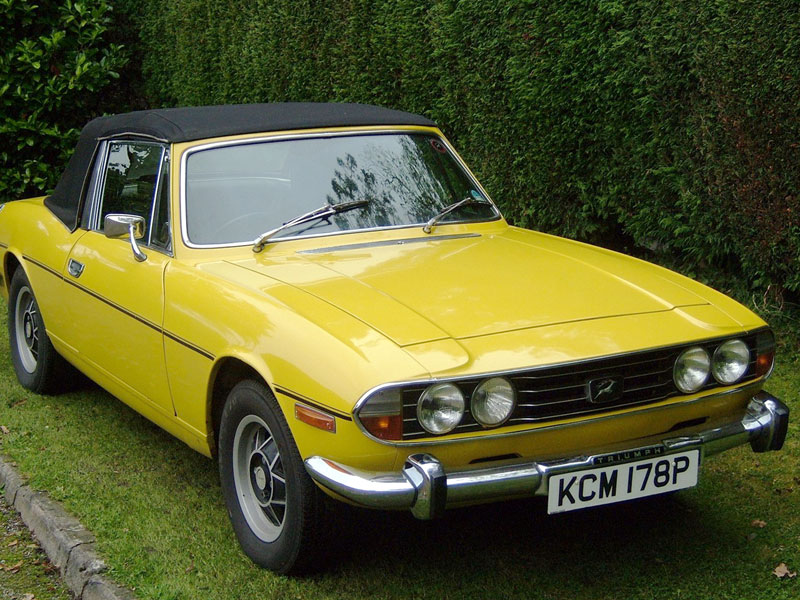 Launched in 1970, the Triumph Stag was styled by Giovanni Michelotti and featured the monocoque construction, fully independent suspension, disc/drum brakes, power-assisted rack and pinion steering, and driveline of the Triumph 2000 Saloon it was developed from. The chosen powerplant, however, was an all-new OHC V8 of 3000cc, fed by a pair of Zenith Stromberg carburettors. Having received a deservedly warm reception at its 1970 launch, the model then developed a reputation for unreliability. However, while Triumph itself failed to resolve the problems, independent specialists have succeeded in turning these fine cars into excellent, trouble-free Tourers, and the rival to the Mercedes-Benz SL models they were always intended to be. Such well sorted examples are increasingly sought after and supported by a notably active owners' club. A total of 25,939 Stags were produced, some 9,000 of which survive in the UK today.

This right-hand drive Stag is understood to have benefited from an extensive restoration during the early `90s. According to the vendor it remains "in very good condition today" and has "good" bodywork, Inca Yellow paintwork, Black interior trim, V8 engine and manual gearbox. It is equipped with a stainless steel exhaust system and is being sold complete with photographic record, three old style V5s and most of the old MOTs that apparently support the low indicated mileage of 69,000.
Share: