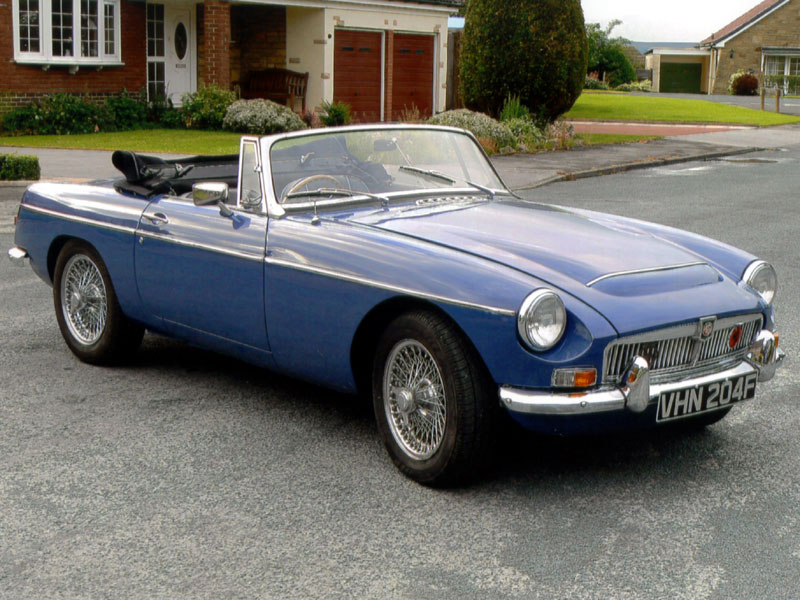 1 of 1,405 RHD 'home market' cars produced, `VHN 204F' was first registered on 3rd May 1968. Purchased by the present owner's father from Queensbury Garage of Kettering in circa 1976, the two-seater became the vendor's property some three years later before being treated to an `engine out restoration' during the mid 1980s. Reportedly kept garaged and driven sparingly in the summer since then, the MG passed to the vendor's son during 2006 only to be returned six years later due to a lack of use. Believed but not warranted to have covered some 116,000 miles from new and recently recommissioned at a reported cost of some £7,000, the MOT'd Roadster is described by the vendor as follows: "very good, no visible rust" (bodywork), "clean, runs well" (engine), "all working" (electrical equipment), "excellent" (paintwork), "excellent with overdrive on 3rd and 4th" (four-speed manual transmission) and "very good with new double duck hood" (interior trim).

PLEASE NOTE: The HPi report for this lot under its current registration number of `VHN 204F' is clear with regard to the `Insurance Write Off (Damage)' category. However, a HPi report against its previous registration number of `56 FRP' reveals that it was the subject of an insurance total loss payment on 20th March 1995. The MG has been in the vendor's family since circa 1976 and was owned by him at the time. He recalls that the payment was due to a fire which was traced to the battery compartment and caused by a faulty trickle charger. The main casualty was the interior trim. The vendor decided to buy the car back from the insurers and have it re-trimmed / repaired as necessary (a bill for the work is included among the history file).
Share: