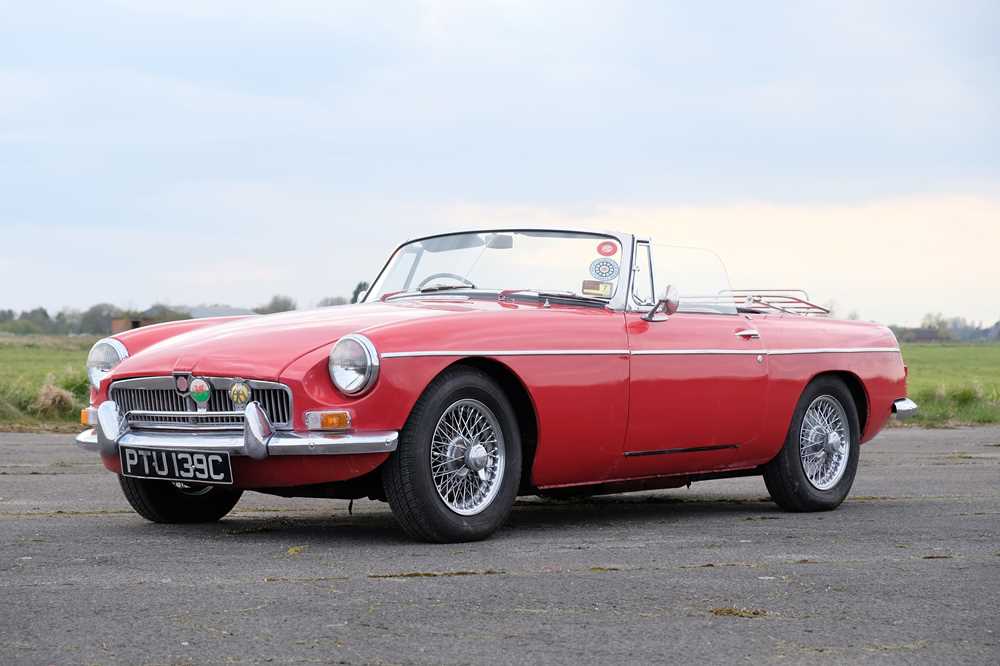 The MGA had really been the first 'BMC corporate' MG, and the MGB which replaced it was intended to be even more popular. Although the engineering of the new car was evolutionary - the B-Series engine, transmission, rear axle and independent front suspension were all improved versions of those used in the previous MGA. The first incarnation of the MGB built from 1962 to April 1965 featured distinctive pull-type door handles and a 95bhp/1798cc engine with three-main-bearing crankshaft and while overdrive was an optional extra, the model's top speed was more than 100mph.

This ‘pull-handle’ roadster was manufactured in 1965 as a left-hand drive export model. Fitted with the 1798cc straight-four B-series engine with manual transmission, the MG B is finished in red with grey leather with red piping interior upholstery. From the history file the MG has spent time in both the Queensland area of Australia and a period across the 1980’s and 1990’s in Oklahoma, United States before being repatriated and UK registered in 1997. Converted to right-hand drive from the original left at some stage in its life, the MGB has been in current ownership since 2009 with two former keepers since repatriation in 1997. Accompanied by a history file that comprises a large quantity of paperwork relating to the repatriation; several past MOT certificates; a large collection of invoices; a few past tax discs and a current V5C.