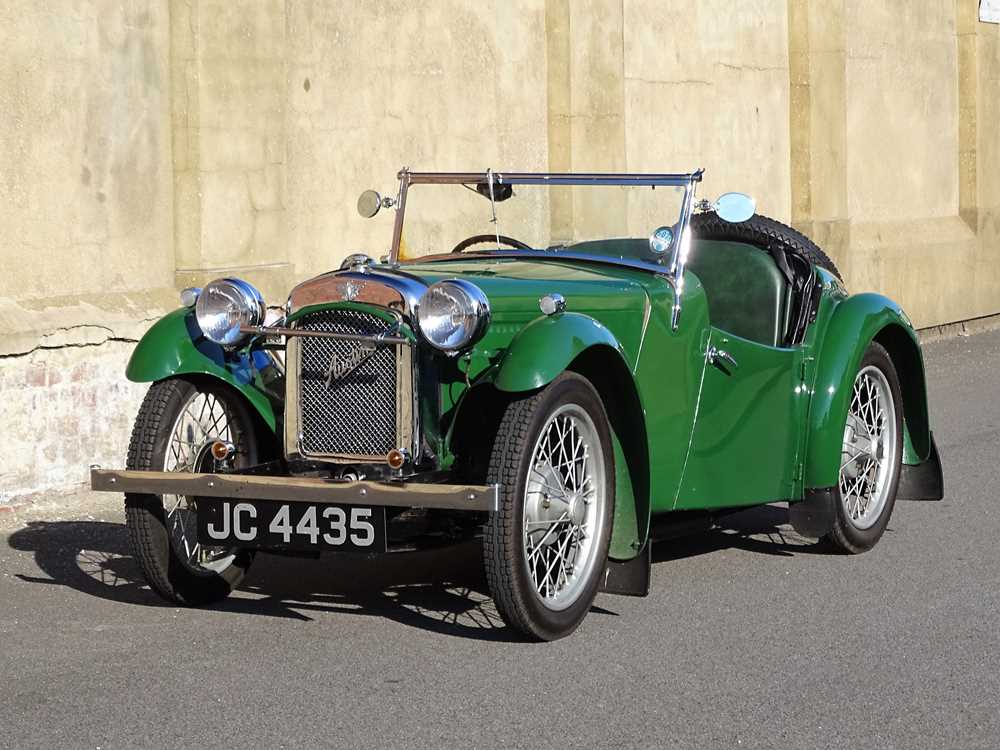 Brainchild of Herbert Austin and Stanley Edge, the Austin Seven looked almost impossibly small when launched in 1922. Based around an 'A-frame' chassis equipped with all-round leaf-sprung suspension, four-wheel drum brakes and a spiral bevel back axle, it was powered by a sewing machine-esque 747cc sidevalve four-cylinder engine allied to three-speed (later four-speed) manual transmission. An evolution of the Type EB ‘65’ which itself had been inspired by the legendary Type EA Sports ‘Ulster’, the Type AEB ‘Nippy’ arrived during 1934. Visually near identical to its immediate predecessor with the same low-slung stance and distinctive rounded tail, the newcomer was predominantly bodied in steel over an ash frame (though, early cars utilised the same aluminium panelling as the Type EB ‘65’). Powered by a tuned engine allied to four-speed manual transmission and benefiting from a lowered centre of gravity, the Type AEB ‘Nippy’ proved an amusingly brisk and chuckable sports car. Phased out in 1937, total ‘Nippy’ production is thought to have amounted to just c.800 cars.

The stampings on the accompanying continuation logbook are a little indistinct but it appears that the current registered keeper acquired this delightful Nippy in 1966. A true Seven enthusiast, he fitted a bench seat for three-up motoring but the past fifty-five years have only seen 10,000 miles or so added to the odometer! First registered in Caernarvonshire on 12th March 1937 (or so its ‘JC 4435’ number plate would imply), the Austin had migrated to Yorkshire by the 1960s. Fitted with a replacement engine that same decade, it is nicely detailed throughout with a badge bar, wooden dashboard, carpeted boot and rear-mounted spare wheel. The snug hood is complimented by sidescreens and wind deflectors. A rare survivor coming from long-term ownership, this wonderful Nippy is described by the vendor as being in ‘good overall’ condition with regards to its engine, gearbox, electrical equipment, interior trim, bodywork and paintwork. Offered for sale with continuation logbook, V5C Registration Document and bucket seats.

PLEASE NOTE: We have been contacted by the former Chairman of the PreWar Austin 7 Club to say that the mounting of the spare wheel on this lot is non-standard as is the way that the interior trim panels have been affixed. He also informs us that (a) the steering wheel is from an ordinary Austin 7 and (b) the engine dates from 1939.