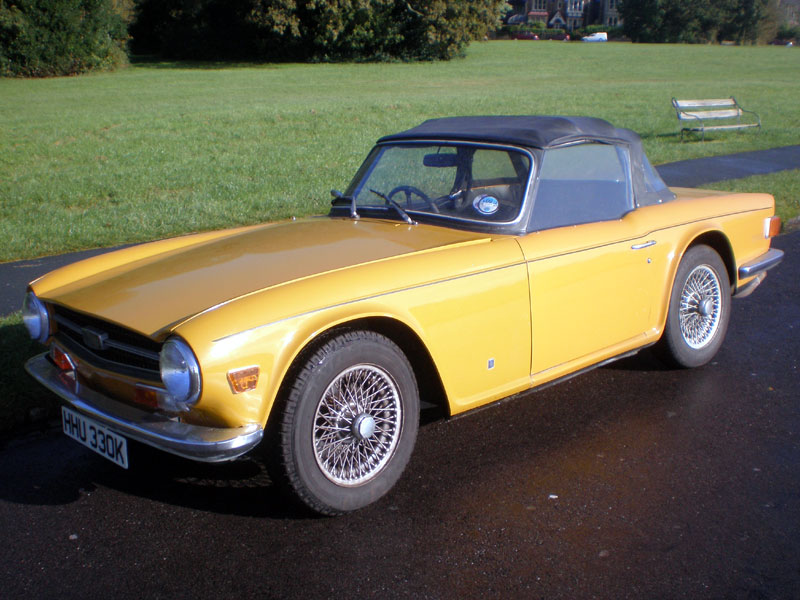 Triumph's TR series began with the unveiling of a prototype (the TR1) at the 1952 London Motorshow. The TR2 was launched the following year, and so began a series of two-seater Sports Cars that ended in 1981 with the last of the TR8s. The evolution was steady but continuous and the TR6 unveiled in 1968 was effectively a cleverly updated TR5. For the body revisions Triumph naturally turned to the Italian who had styled the TR4/TR5 - Michelotti. However, he could not meet their schedule and the squaring off of the nose and tail were eventually achieved by the German designers at Karmann. The car's underpinnings were broadly as per the TR5. A total of 94,619 examples were produced, a mere 8,370 of which were sold on the home market.

This Yellow example with Black interior was purchased new in 1972 by a chartered accountant, who retained it as his daily driver until he was 80 years old. It was then dry stored, becoming the property of his wife when he passed away. The family are now selling this one owner TR that has apparently had some minor restoration but, to the vendor's eye, "looks almost perfect". `HHU 330K' comes complete with a large pile of service records and MOT into August 2013.
Share: