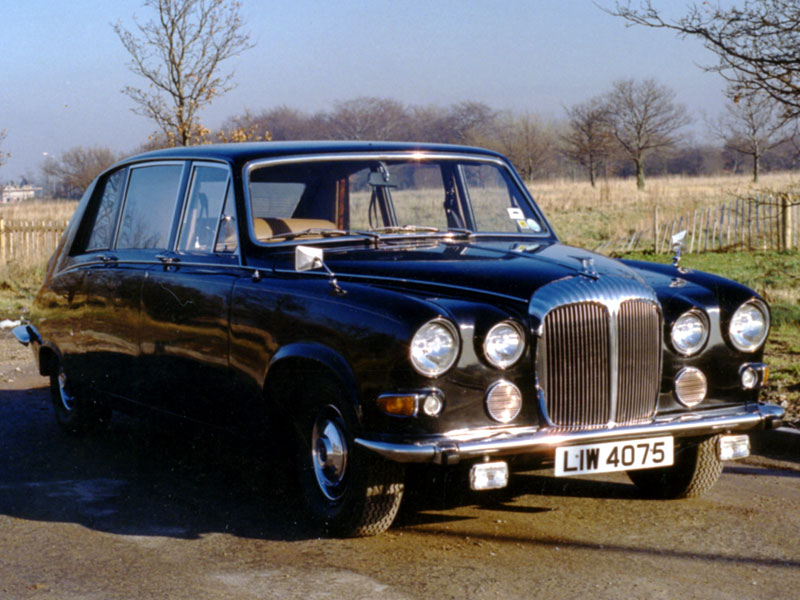 An imposing-looking executive limousine, Daimler's DS420 served as an official state car in many countries - not least for the House of Windsor. It also found favour with numerous embassies, local authorities, funeral parlours and up-market hotels (eg the Inter-Continental in Hong Kong alone is said to have purchased 22 DS420s over the years). It was based on a lengthened version of the Jaguar 420G platform and powered by a 4.2-litre, 245bhp derivative of the DOHC straight-six race-proved XK engine.

This right-hand drive Vanden Plas DS420 was apparently first registered as `FV 1' and employed as a mayoral limousine by Blackpool Borough Council. With that number being retained by the council, the limo acquired its current registration of `LIW 4075' when purchased by the vendor in August 1988 (at which point the mileage reputedly stood at 32,137 - it now reads an unwarranted 51,659), for whom it has served as one of a fleet of DS420 wedding and funeral cars. Reportedly retained in "tip top condition" by the company's in-house engineer, it was treated to a stainless steel exhaust system during 1988 and refurbished paintwork in 2009. Currently regarded as having "very good" bodywork, Black paintwork, engine and automatic transmission, and "good" brown leather interior, the Daimler comes complete with parts and service invoices, a quantity of previous MOT certificates confirming the mileage and one valid into October 2013.
Share: