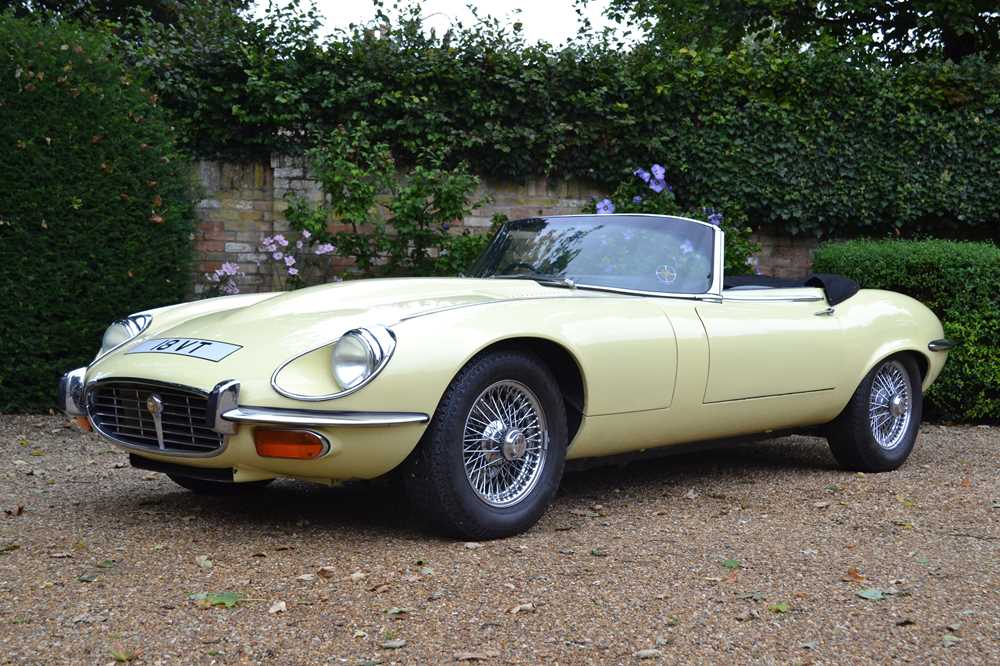 From birth the E-Type was available as in Fixed-Head Coupe or two-seat Roadster bodystyles. For 1966, a 2+2 version of the Coupe was added to the range that was 9in longer and featured a more vertical windscreen. The Series 3 cars were introduced in 1971, all but a handful of which were fitted with Jaguar's new 5.3-litre V12 engine. The original (short) wheelbase was discontinued, and the revised car offered only as Roadster (now based on the longer 2+2 floorpan) or 2+2 Coupe. Production of the Series 3 model continued until 1975, when the range was superseded by the XJS; by which time some 15,000 V12-engined examples had been produced - most of which were exported to North America. Series 3 E-Types are readily identified from their predecessors by the large cross-slatted radiator grille, flared wheel arches, wider track and V12 badge on the rear.