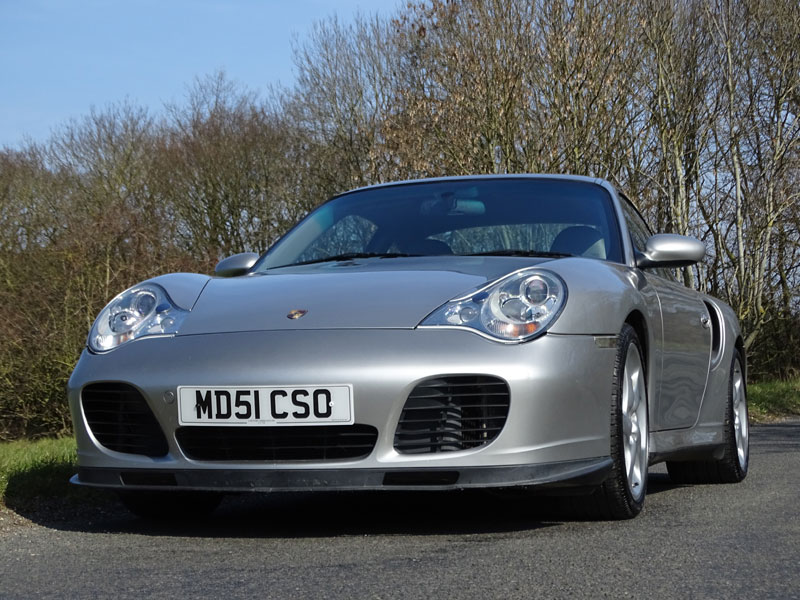 Porsche's 996 evolution of the venerable 911 concept was manufactured between 1998 and 2005 and represented the most significant single update of the 911 family since its introduction in 1964. The company's first supercar of the modern era, the most fundamental change was the move from air-cooled to water-cooled engines, in the interest of increasingly stringent noise and environmental regulations. Making its debut at the Frankfurt Auto Show in September 1999, the 996 Turbo was powered by a 420bhp 3.6-litre flat-six engine (derived from Porsche's 1998 Le Mans winning GT-1 car) which was capable of propelling the four-wheel drive chassis to 60mph in 4.2 seconds and on to a nominal top speed of 190mph.

This tidy-looking right-hand drive, manual transmission example is finished in Silver and trimmed in Grey leather. Displaying some 49,500 miles on its odometer, it has been in the current ownership since 2010. Works known to have been carried out include a remap by Fearnsport of Silverstone in 2009, replacement of the centre and side radiators in 2009 and more recently refurbishment of the road wheels. Fitted with air-conditioning it is described by the vendor as having "good" bodywork, with minor marks to the paintwork and interior trim whilst the engine and gearbox are said to be "all fine". Offered with Swansea V5 document, current MOT to September 2016, security key, spare key and owner's wallet. The current cherished registration number is being retained.
Share this page: