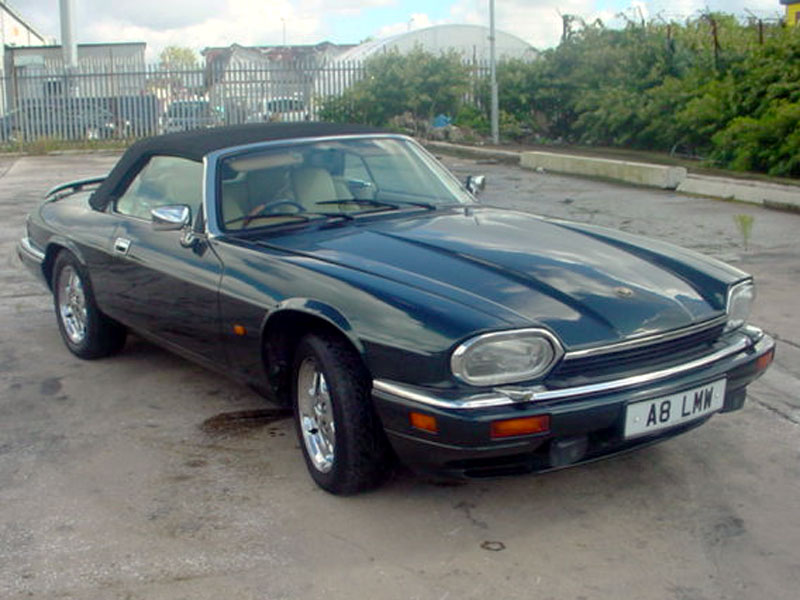 Launched in September 1975 as a replacement for the E-Type, the XJS could only cheat time for so long and, in 1991, parent company Ford thoroughly reworked the luxury Grand Tourer at a cost of £50 million. Incorporating some 40 percent new panels, the rejuvenated model range sported a revised grille, headlamps, tail-lights, bumpers and rear wings. Its cabin, meanwhile, gained a new walnut facia and improved sports seats. The new version was powered by either a punchy straight-six (3980cc) or a soporific V12 (5343cc) engine; the former DOHC unit developed some 223bhp and 283lbft of torque. Featuring a five-speed manual transmission as standard, the 4.0-litre XJS could also be had with a four-speed automatic gearbox. Capable of over 140mph, the model proved to be a refined and relaxing drive, and production continued until 1996.

This smartly-presented, right-hand drive automatic transmission XJS Convertible, sought-after Celebration models, is powered by the 4.0-litre powerplant and sports Dark Green Metallic paintwork and Cream leather upholstery. A late example, it was apparently supplied new by Jaguar House to a Mrs Martin Wright, who has remained its only keeper to date and the XJS is described by the vendor as "immaculate and original". Currently displaying an unwarranted 85,500 miles, `N626 CLV' is MOT'd until January next year.
Share: