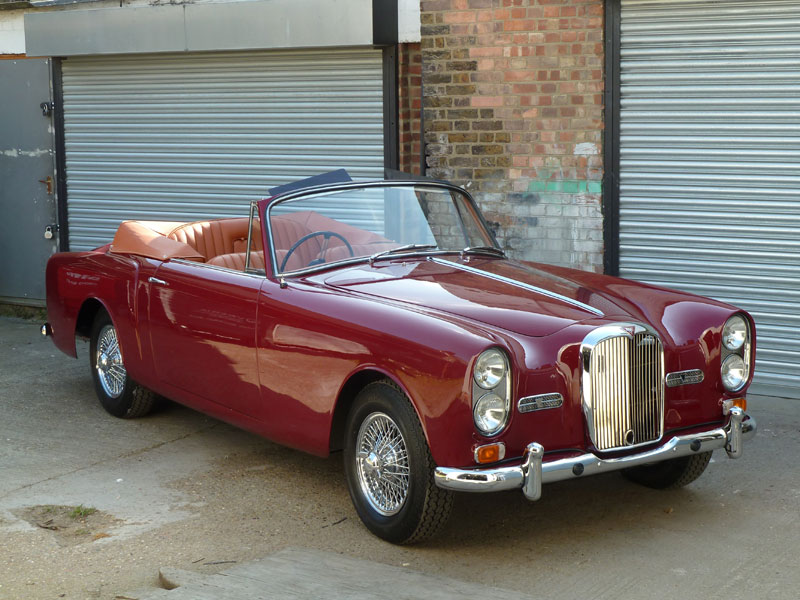 - Reported to have left the Alvis Factory on December 15th 1964

- Originally registered in Bristol in December 1964 as BAE-567B

Copies of the Alvis Archive record and guarantee certificate on file state that this beautiful Alvis TE21 Drophead Coupe was despatched from the Coventry Factory on December 15th 1964 and delivered to the dealership C. Allen & Son (Bristol) Limited. Having been registered as BAE-567B, the first owner was the Bristol footwear manufacturer G. B. Britton & Son Limited of Kingswood. Alvis Club records then show that by 1972 the car was owned by a W.R. Davey of the accountants W.R. Davey & Sons Limited of St. Phillips, Bristol. The typed notes on file of an enthusiast then state that by 1975 the Alvis was with a car dealer in Georgetown, Washington, D.C. who sold it to a Dr Robert Laughlin of Alexandria, Virginia, according to a copy of the Virginia State title. Dr Laughlin was a curator at The Department of Anthropology at The Smithsonian Institution, and in 1995 it is reported that he sent the Alvis to an English car restoration specialist in Bainbridge, Philadelphia, who carried out a restoration on the body of the car, seemingly at a very leisurely pace. It is believed that work ceased on the car in around 2010 and that Dr Laughlin passed away fairly recently. The Alvis was then sold and imported into England in late 2015/early 2016 and the restoration was finished, with the vendor carrying out a superb re-trim on the car with new leather and carpets to the interior and restored decorative wood. The vendor also had new front suspension springs fitted, along with a new exhaust, a new voltage regulator, a new brake servo, a complete fluid change, and new chrome wire wheels and tyres. The car started easily and ran smoothly and quietly upon our inspection and it has apparently had a lot of recent expenditure with an Alvis expert to get the car operating as it should. This is a beautiful example of the Alvis marque of which the vendor describes both the bodywork and the paintwork as being in excellent condition.

PLEASE NOTE: This vehicle is now registered as BAE567B.
Share: