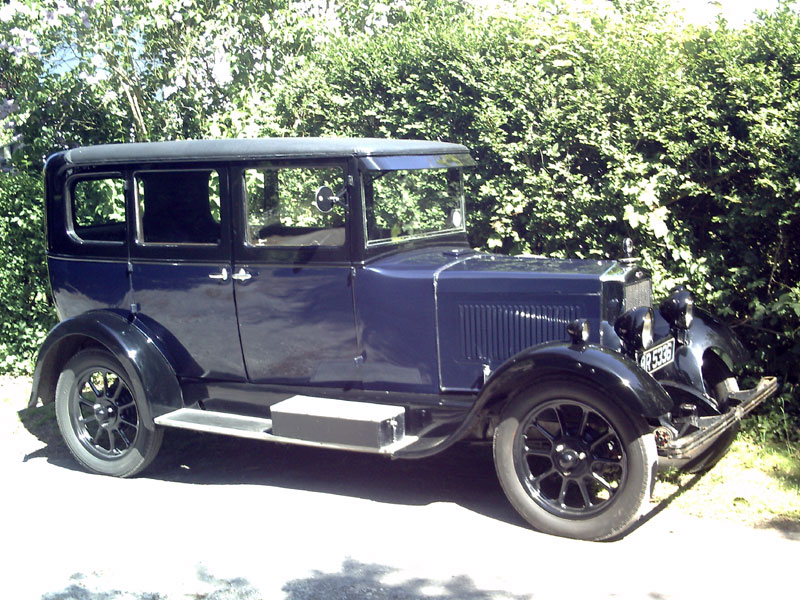 William Morris was one of Britain's greatest pioneering motor manufacturers. Not only did he foresee the huge demand for private transport but he also revolutionised concepts of both marketing and production in order to satisfy it. Introduced in 1926, the 'Flatnose' Morris drew heavily on the design of its much-loved 'Bullnose' predecessor. Built on a light yet sturdy leaf-sprung ladder chassis and powered by a choice of two torquey four-cylinder sidevalve engines (11.9hp Cowley or 14hp Oxford) mated to a three-speed manual gearbox, it tackled the primitive period road network with aplomb. Famed for their durability, many 'Flatnoses' remained in regular use after WW2.

Finished in blue over black with brown rexine upholstery, this particular example is described by the vendor as being in "good" condition with regard to its engine, four-speed manual gearbox, electrical equipment, bodywork and paintwork, while he rates the interior trim as "original / used". Reportedly off the road for thirty-three of the thirty-five years that it belonged to its previous owner, 'BR 5336' is further understood to have been recommissioned during 2009. As well as "a new vinyl roof and headlining", the Morris was apparently treated to "fresh carpets, repainted mudguards, powder coated wheels and two new tyres" not to mention "a replacement exhaust, new re-corked clutch / springs and fresh exhaust valves / springs". Benefiting from a coil conversion, the Cowley is said to "run well" and to have been "driven 1,000 miles" since its reawakening. Riding on artillery wheels, this handsome Vintage saloon is offered for sale with MOT certificate valid until August 2010.
Share: