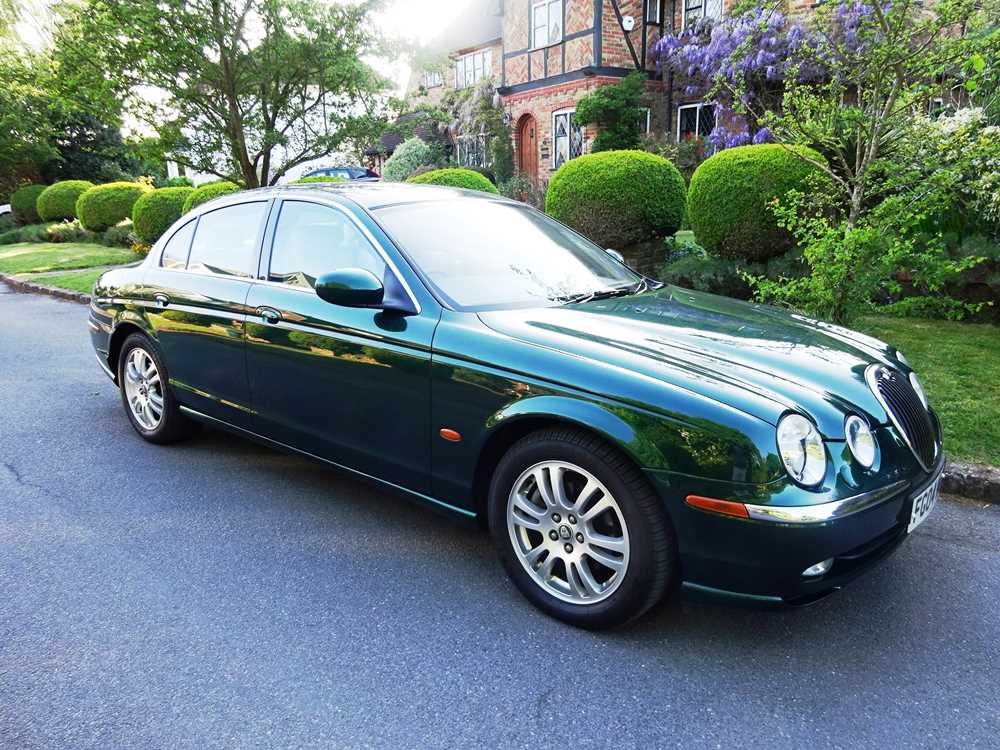 Finished in British Racing Green metallic with Sand leather upholstery, this extremely clean S-Type was supplied new by Paramount Jaguar of Derby on April 1st 2004 to a wealthy resident of Ashby de la Zouch who kept it up until her death fourteen years later. Inherited by the lady’s daughter, the saloon was then sold to the family’s landscape gardener in whose name it is still registered. Warranted to have covered just 20,800 miles, ‘FG04 WGJ’ is described by the vendor as being in ‘excellent’ condition with regard to its 2.5 litre V6 engine, automatic transmission, electrical equipment, interior trim, bodywork and paintwork. A well specified ‘SE’ model that is said to be ‘mint, original throughout’, the S-Type could be tucked away for the future or enjoyed at a host of JEC / JDC events. Offered for sale with V5C Registration Document, book pack, letter from the landscape gardener and MOT certificate valid until April 2021.

The S-Type Jaguar unveiled at the Birmingham Motor Show of 1998 had strong echoes of the company's glorious past. Not only did it share the name of one of the company's popular `60s saloons, but the Geoff Lawson styling appeared to have been heavily influenced by an array of iconic Jaguar models from the same era - not least the immortal MKII. Even the car's factory was steeped in history - the Castle Bromwich plant having produced countless Spitfires and Lancasters during the Second World War. Jaguar was in Ford ownership when the `new' S-Type came into being and they elected to base it on a modified Lincoln LS platform. The model was initially offered with the choice of Jaguar's 3.0-litre V6 unit (235bhp) or 4.0-litre V8 (282bhp) engine - either of which could be mated to a five-speed manual or J-gate automatic gearbox. The sumptuous interior was a typical Jaguar blend of leather and wood, intended to cosset and de-stress busy executives between meetings. The model enjoyed a series of upgrades during its nine-year reign and could be had with petrol engines raising in size from 2.5 to 4.2 litres plus a 2.7 litre diesel.