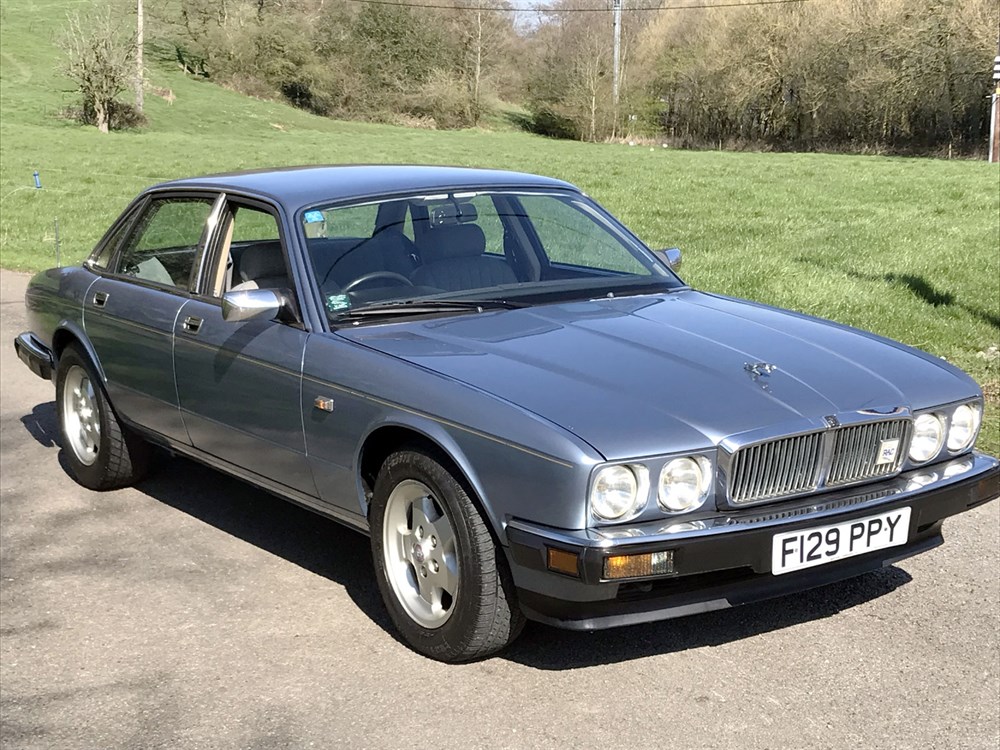 - Grey herringbone cloth upholstery, alloys wheels, due to have a fresh MOT

Launched on August 28th 1986 as a replacement for the ageing Series III cars, the all new XJ6 (or XJ40 to use its code name) was well received by the contemporary motoring press. Boasting all-round independent suspension, power-assisted rack and pinion steering, four-wheel disc brakes and generous levels of sound deadening, it proved a credible alternative to the Mercedes-Benz S-Class and BMW 7-series. Initially available with a choice of 2.9 litre SOHC (165bhp, 176lbft) or 3.6 litre DOHC (221bhp, 248lbft) AJ6 straight-six engines allied to either five-speed manual or four-speed automatic 'J-gate' transmissions, the XJ40 allowed potential purchasers to prioritise performance over economy and vice-versa. Though, for some the adequate performance and lower running costs promised by the smaller powerplant proved hard to resist (period road tests spoke of 0-60mph in 9.9 seconds, 120mph and 29.7mpg).
Share: