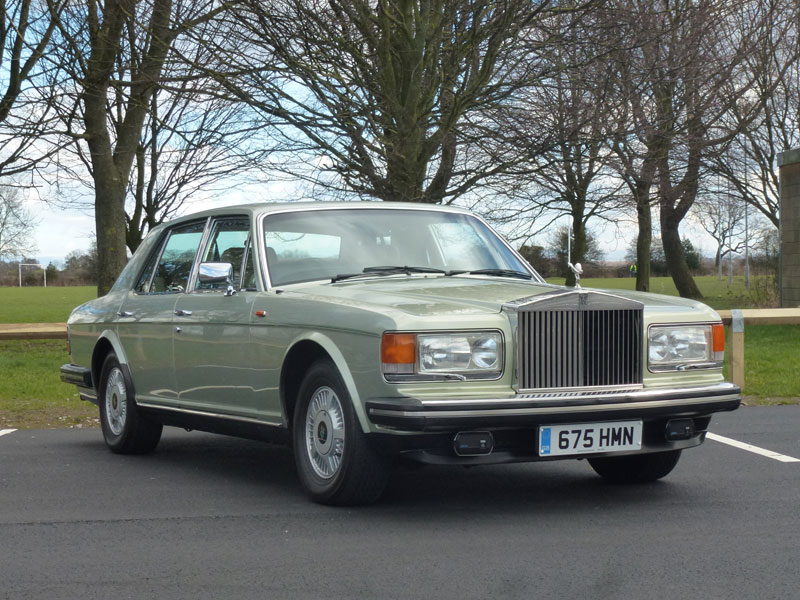 Rolls-Royce's stately Silver Spirit model represents astonishing value in today's market. The eye-catching right-hand drive example offered here is finished in a pleasing shade of Metallic Ice Green and trimmed in a complementary shade of Beige hide. It was first registered `RFX 340W' in January 1981 before being re-registered on the Isle of Man where it has remained until very recently. It is now being offered complete with: an MOT to March 10th 2016; the original owner's book pack and service book containing no less than 22 stamps; plus a large collection of invoices. The latter includes one for £4,231.61 that dates from November 2009, when the odometer displayed 38,426 miles - five and half years later it still only reads an unwarranted 41,166 miles. Among other items, the bill covered the fitting of new rear dampers, a factory refurbished power steering rack, a bottom ball joint, and a set of four replacement Avon tyres.
Share: