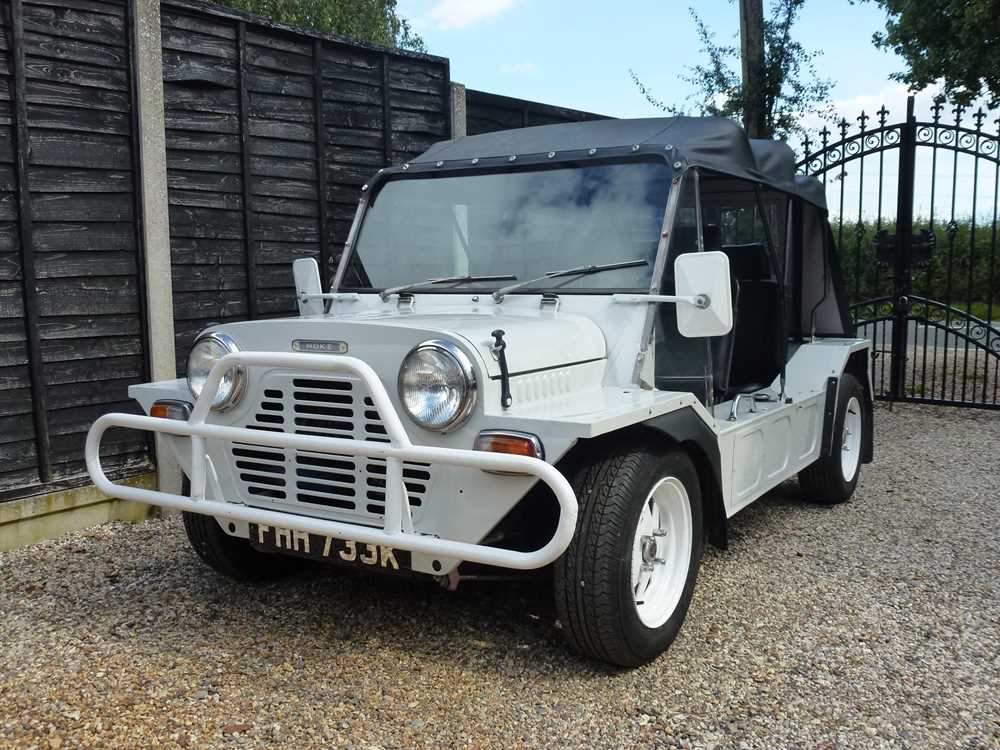 Finished in white with black interior, this smart example was supplied new to Australia and subsequently imported into the USA where it was restored prior to arriving in the UK in 2018. Front shocks, clutch master slave cylinders, rear brake lines and plug wires have been replaced whilst extras include a new soft top, rear seats and front and rear bull bars. Currently showing some 80,300 km on its odometer, the vendor now rates the bodywork, engine, paintwork, interior, electrics and transmission as “very good”.

The utilitarian Moke (slang for Donkey) was conceived as a light military vehicle and, codenamed The Buckboard, was tested by all three branches of the armed forces. However, its relatively low ground clearance ruled it out of most combat situations and its forte was as a beach buggy in such popular holiday destinations as the Seychelles and the Caribbean. Some 50,000 examples were manufactured all told, while they were also built in Australia, Portugal and Italy. The monocoque shell comprised a pair of box-section pontoons connected by the floorpan and firewall. Engine, gearbox, suspension etc. were standard Mini components, making for economical service and repair.