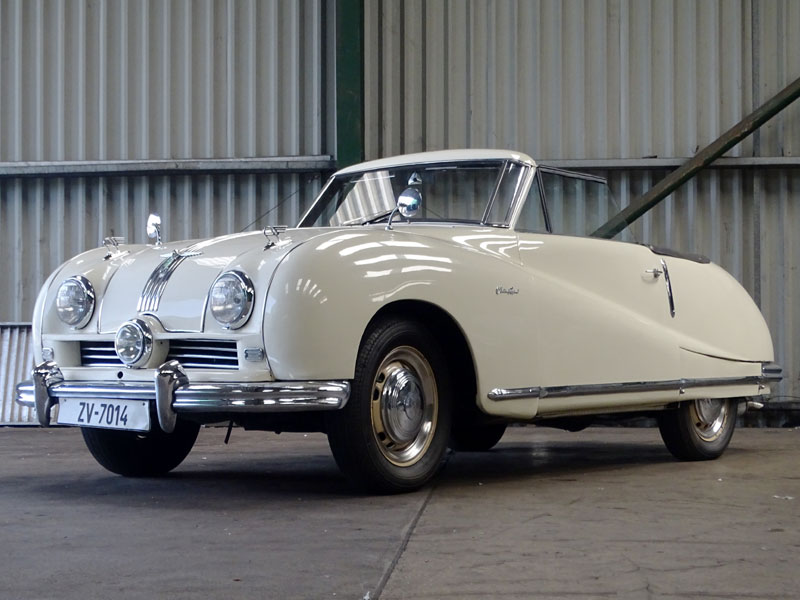 Forming part of a County Wexford based collection for the past twenty-two years, this particular example was previously UK registered as 'GCA 570'. Understood to have been repainted from Red to its current Old English White livery during 1994, the Austin sports Black upholstery piped in Red and a Black hood. Presenting as an older restoration, the A90 Atlantic was seemingly last driven for any real distance in Eire during 2010. Running upon inspection, it would nevertheless benefit from recommissioning prior to road use (the petrol smelt notably stale).
Share this page: