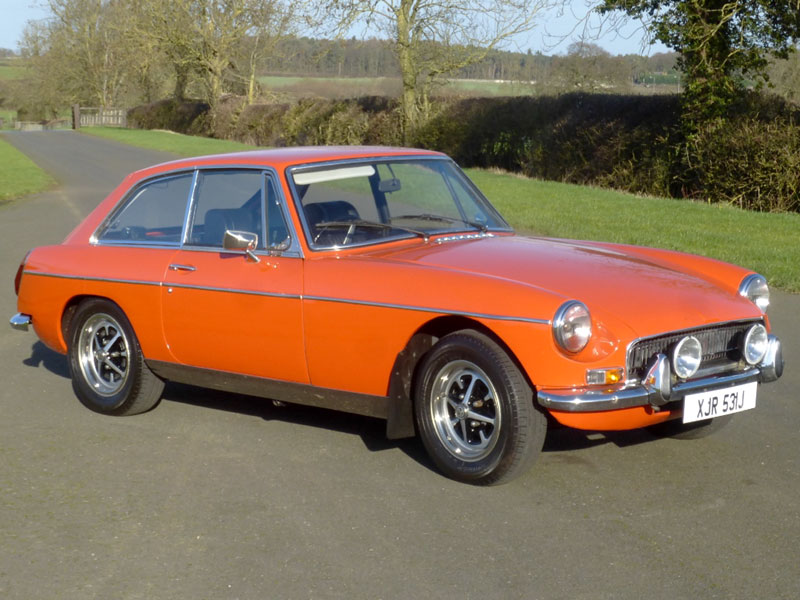 - Extensively restored in the early 2000s with thousands spent on parts

Finished in Red with Black vinyl upholstery, 'XJR 531J' is described by the vendor as being in 'excellent' condition with regard to its engine, four-speed manual plus overdrive gearbox, electrical equipment, interior trim and paintwork, while he rates the bodywork as 'very good'. Extensively restored in the early 2000s, work is understood to have included: a thorough bodywork refurbishment and bare metal repaint plus gearbox, suspension, rear axle and engine overhauls (the latter two being further enhanced via the fitment of an anti-roll bar and Stage 1 camshaft respectively). Some 12,000 miles later the B GT is still said to 'drive very well indeed'. Riding on Rostyle wheels, this smart MG is offered for sale with a V5C Registration Document and large history file containing invoices for the thousands of pounds spent on parts during its rejuvenation.
Share: