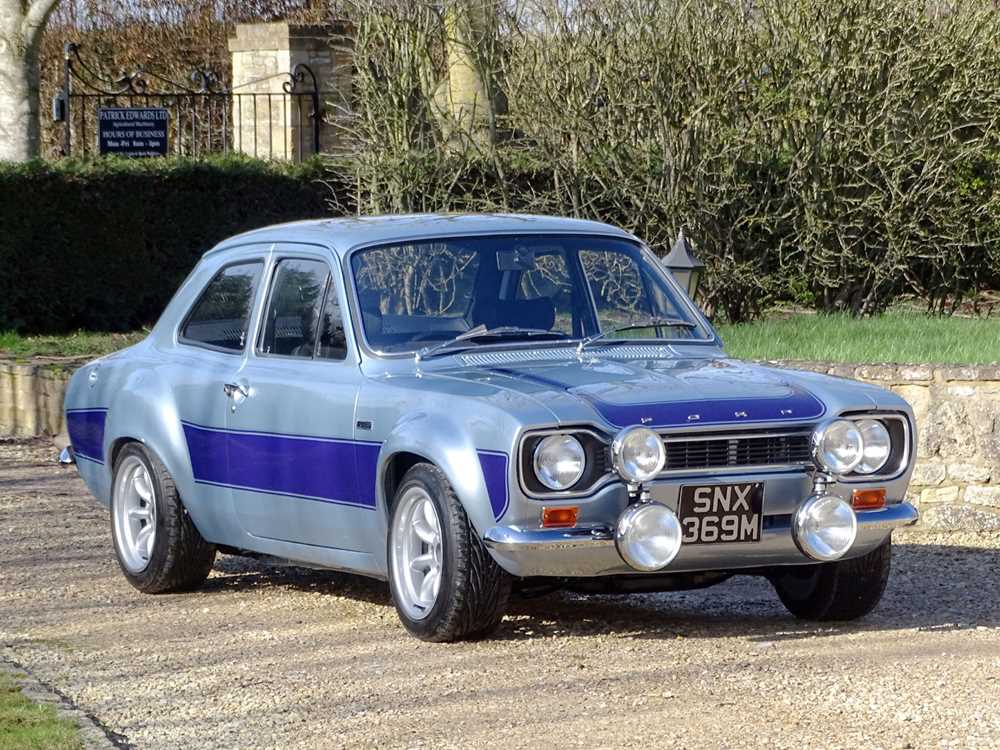 The Ford Escort was launched at the 1968 Brussels Motorshow. Acutely aware that the Cortina was in the autumn of its competition career, Ford's competition department had been developing a race/rally version of the model throughout 1967 and had their Twin-Cam variant ready to roll. The company was duly rewarded too, winning the World Championship for Makes in both 1968 and 1969. Among the Escort's most memorable early competition wins was, however, the model's domination of the 1970 London to Mexico World Cup Rally - the 1860cc push-rod engine cars finishing 1st, 3rd, 5th, 6th and 8th. To capitalise on the success, Ford created the limited edition AVO-built Escort Mexico in time for the 1971 season. Its specially strengthened Type 49 shell was fitted with Rallye Sport suspension and brakes and powered by a 1600cc 'Kent' engine. The model was even given its own dedicated race series - the Mexico Challenge. By now, the 1600cc BDA-engine RS1600 was taking over from the Twin-Cam and in 1973 that the company announced the RS2000.

Introduced in June that year, the RS2000 MKI was destined to be the last model to be built at Ford's legendary AVO (Advanced Vehicle Operations) Plant. Based around the same strengthened Type 49 monocoque bodyshell as its predecessors, the newcomer boasted equally predictable / entertaining handling thanks to the provision of Macpherson strut independent front suspension, a leaf-sprung 'live' rear axle, servo-assisted disc / drum brakes and rack and pinion steering. An unusual tortoise / hare hybrid in that it essentially combined the pace of the highly-strung RS1600 with the reliability of the more pedestrian Mexico, the RS2000 was powered by the Blue Oval's new 1993cc SOHC four-cylinder 'Pinto' engine. A difficult installation - Ford's engineers only managed to shoehorn it in place by removing the standard fan assembly (substituting a thermostatically controlled Kenlowe instead) - the 'Pinto' developed some 100bhp and 108lbft of torque. Somewhat at odds with its ability to sprint from 0-60mph in 9 seconds and onto 108mph, the RS2000's well-appointed interior with comprehensive instrumentation made it a surprisingly agreeable motorway companion.

Resident in the same Oxford village all its life, SNX 369M was first registered on 15 May 1974 and retained by its first owner for no less than thirty-five years before passing to its second owner in 2009. Fitted with steel arches from new by Broadspeed in Warwickshire, the car had Dinitrol treatment applied in May 1974 and more recently has been extensively restored over a nine year period to a clearly exemplary standard overall. Liveried in its original and correct body colour and interior trim it is accompanied by MoT certificates dating back to 1979. Fitted with Toyo Proxes 205/50/R15 89V tyres this exciting and very collectable RS2000 comes with a current MoT to March 2021.