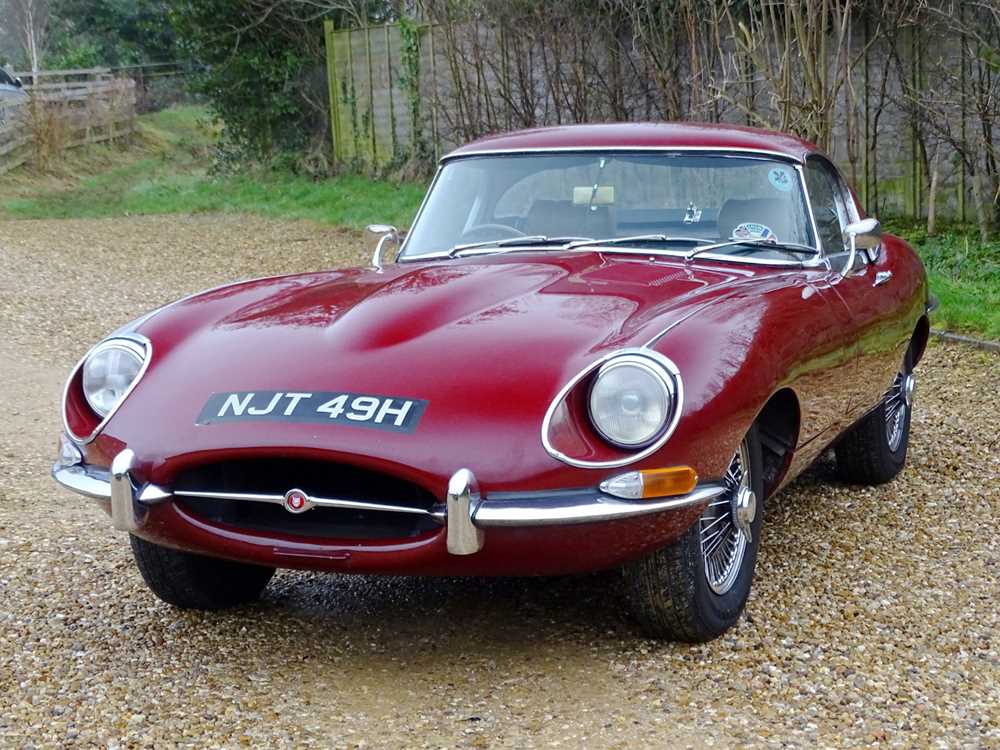 This Series Two E-Type Roadster has been with the vendor for the past nineteen years during which time he has enjoyed using it for continental touring. Fitted with twin electric fans and coming with both hard top, soft top and tonneau, it is ideally suited to long distance travel in speed and comfort whatever the weather. Finished in maroon with beige leather, NJT 49H currently registers some 75,000 miles.