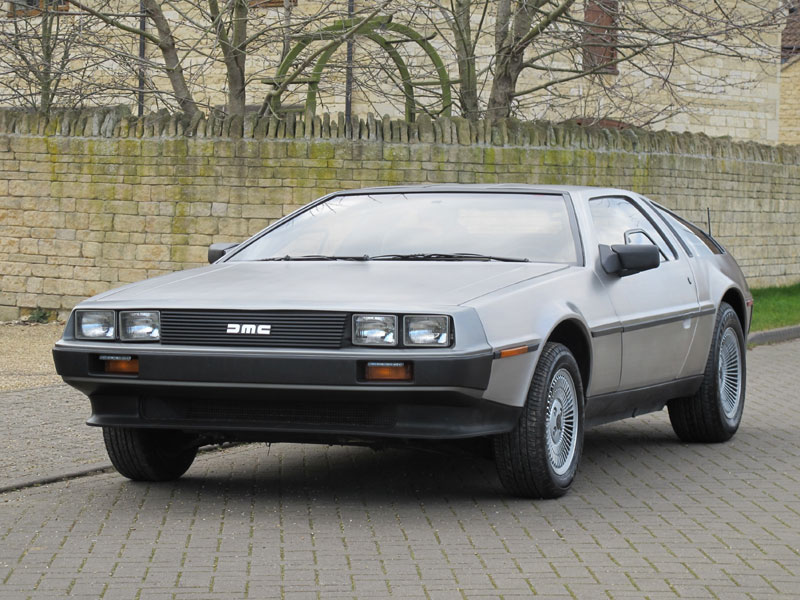 - Recently imported from Florida and fettled by marque specialist P.J. Grady (Europe) including attention to its fuel injection, water pump, ignition system and cooling fans not to mention the re-graining of its stainless steel bodywork

Automotive history is packed with intrigue and tales of failure and success. That of the De Lorean marque is among the most fascinating and recently took another twist with the announcement of an intended return to production. Such news can only further heighten interest in those remaining of the 8,583 produced originally, of which the sale car would seem to be a particularly desirable example. It hails from the first year of production, yet boasts just 9,300 miles from new. It was recently imported from Florida and then treated to £1,400 worth of expert fettling by marque specialist P J Grady (Europe), during which attention was paid to the car's fuel injection system, water pump, ignition system, cooling fans and hand brake, not to mention the re-graining of the De Lorean's unique stainless steel bodywork. 'NNT 583W' is now being offered complete with the original owner's manuals and wallet, a letter from its second American keeper warranting the mileage, UK V5C registration document, an MOT valid into February 2017, and a selection of other items of relevant paperwork.

Immortalised by its starring role in the film Back to the Future, the DMC-12 was the sole product of the DeLorean Motor Company that manufactured cars in Dunmurry, Northern Ireland from January 1981 until entering liquidation at the end of the following year. Impossible to confuse with any other car, it was penned by Italian maestro Giorgetto Giugiaro and notable for its gullwing doors and unpainted outer panels. Following pre-production problems, the vehicle was largely re-engineered by Lotus, resulting in a backbone chassis and running gear very similar to that of the Esprit. Power came from a rear mounted 2849cc V6 engine provided by the Peugeot-Renault-Volvo consortium. This gave 130bhp when tuned for the US market - the region in which most examples were sold.
Share this page: