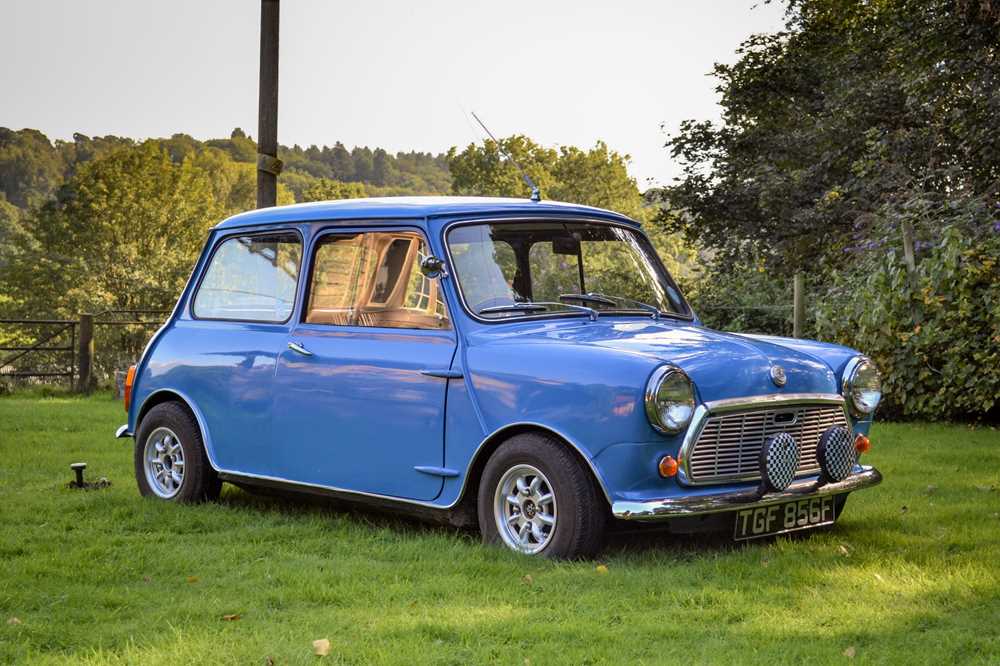 Launched in the summer of 1959 as Sir Alec Issigonis's sideswipe at the bubble car which had swept through Europe in the late 1950s, the Mini was truly a revolutionary car. Packing a remarkable amount of interior space into its 10ft length by placing its 'A' series engine sideways from 'east to west' in the engine bay, the practicalities which had dominated its design concept seemed almost accidentally to produce a small car which on its rubber-cone suspension and 10-inch wheels was remarkable fun to drive. Launched in BMC tradition as both an Austin (the Seven, or 'Se7en' in contemporary advertising) and a Morris (Mini-Minor) it was the 'Mini' name that stuck in the long term. Although had original marketing plans to call the Austin version the 'Newmarket' succeeded then this could perhaps have been very different! Sales were initially sluggish but the Mini's rapid acceptance amongst the elite as 'the' car to be seen in soon saw this overcome and by 1963 it had dislodged the Ford Anglia to become the best selling car in the UK.

This Mk.II Mini was manufactured in 1968 and was first UK registered on the 12th of February 1968. Originally fitted with the 848cc straight-four engine mated the four-speed manual transmission, the engine has since been uprated to a 1000cc which is understood to be a Metro unit. Finished in Blue paintwork with Beige interior upholstery, the Mini was supplied new to a Constance Ballard of Nottingham, who retained the car until 2000 whereby it was passed to a family member who owned the Mini through to 2012. Entering into current ownership in 2015, the Mini has had just four owners from new. Since entering into current ownership, ‘TGF 856F’ has benefitted from a front disc brake conversion and replacement wheels. Offered with a few previous MOT’s certificates; some past invoices; an MOT until September 2022; a small quantity of spares and a current V5C.