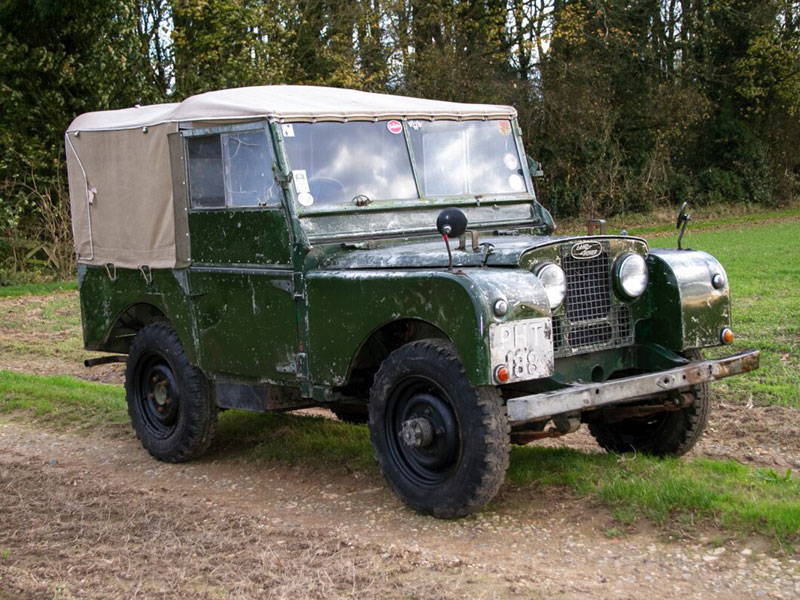 This splendidly-original early Land Rover has had just three owners from new. The supplying dealer was Windmill & Lewis of Bristol and the first keeper BBC Natural History Unit employee Mr Desmond Hawkins. In 1957 'PHT 188' was acquired by a Mr Unwin who used it as a site vehicle/tug on the caravan parks he owned in Somerset. An engine problem caused it to be rested in 1976, and it then stood in an open-sided shed until 2007, when it was rescued by a Land Rover enthusiast who passed it on to the vendor. He recommissioned rather than restored the vehicle, meaning it remains remarkably original with a pleasing degree of patina. It was totally dismantled, the chassis repaired, and the bulkhead replaced with a galvanised original item. The wheel and master cylinders were re-bored and sleeved in stainless steel. The brake lines were replaced to original specification and a new Autosparks wiring loom, Exmoor Trim seat bases and Undercover Covers hood installed. The current engine is an ex-military Series 1 2-litre petrol unit. Since completion this wonderful old Landy has been toured extensively throughout Europe and featured in many Land Rover publications. It comes complete with comprehensive history file, including the original buff log book.
Share: