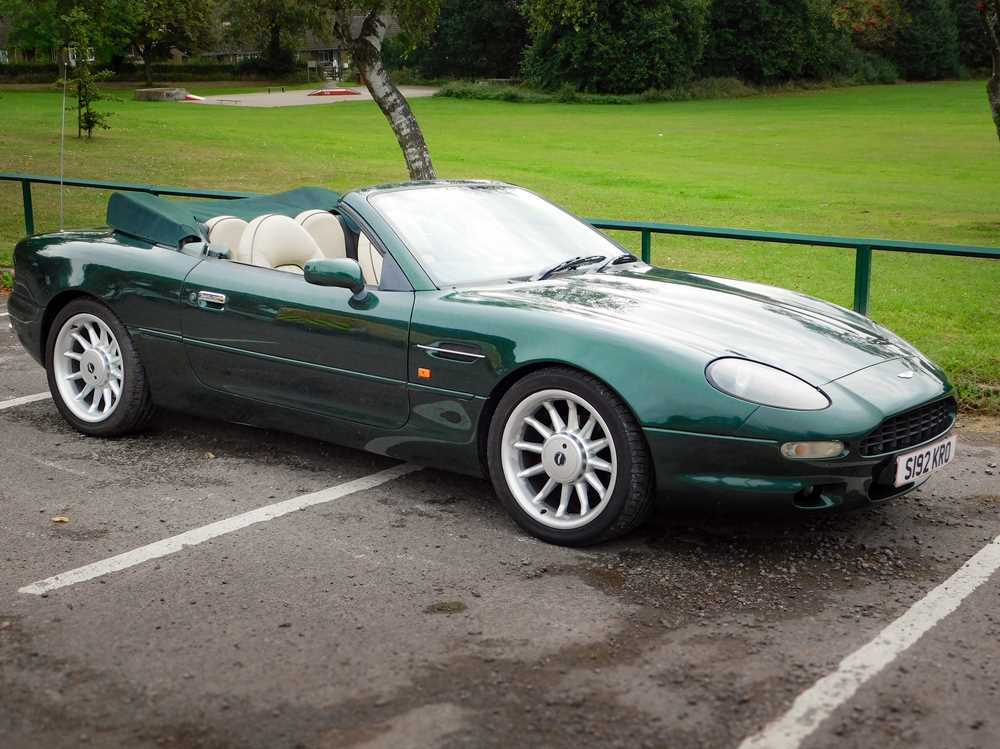 Introduced to an astonished public in 1993, the handsome new DB7 was Aston Martin's first six-cylinder model since the production of the DBS had finished in 1971. Styled by Ian Callum, its lines were evocative of earlier Aston Martin models and elements of the DB4/5/6 could be seen if you looked carefully. Arguably, one of the most attractive looking cars ever produced by Aston Martin, the 7 was more approachable than the leviathans that had immediately preceded it. Well received, it attracted new customers worldwide, with the traditional layout of the curvaceous two-door Coupé body, robust six-cylinder engine and a proper interior. Power was supplied by an all-alloy, double overhead camshaft, supercharged, 24-valve, in-line six-cylinder engine which produced 335bhp at 5750rpm. In the same way that the beautiful little Sixties Lotus Elan morphed, over the years, into the be-winged Esprit Turbo, the DB7 was the first in the line of modern Astons that have become more dramatic with each new model, however, we feel that the simple purity of line of the DB7, will ultimately define the breed.

Designed by Callum at the same time as the Coupé, the Volante looks elegant both hood up or down and underneath the sleek and perfectly proportioned lines of this nineties thoroughbred, lies additional strengthening to offset the lack of the metal roof. Another invisible change to the Volante was softer suspension settings, more suited to the touring image but also to compensate for the inevitable reduction in rigidity compared to the coupé.

As one might expect, the roof is fully tailored and electrically operated once the catches have been manually released with the handbrake up. The classic, 'Gentleman's Club' ambience is achieved by the use of sumptuous Connolly hide, restrained amounts of Burr Walnut veneer and deep pile Wilton carpets.

This lovely example was initially supplied by Grange Aston Martin in Welwyn during August 1998 to the first of its three keepers. It presents superbly in Buckingham Green with Cream Leather piped in green all set off by a matching soft top and gleaming alloys. It’s covered an indicated 60,043 miles supported by a good history file detailing attention from AM dealers and marque specialists with the most recent service being carried out in April 2021 @ 59,472 miles. The MOT is valid until April 2022 and is pleasingly ‘No Advisories’. The Aston is generally in very good condition with the exception of the n/s/f wing which shows signs of delaminating. A new factory wing is supplied with the car should the buyer wish to replace it, and the car is guided accordingly.

DB7s are the quintessential British sports cars of the late nineties. Their values plateaued for a while, however, that is no longer the case with really good cars catching up and surpassing early DB9s. Don't miss the boat.