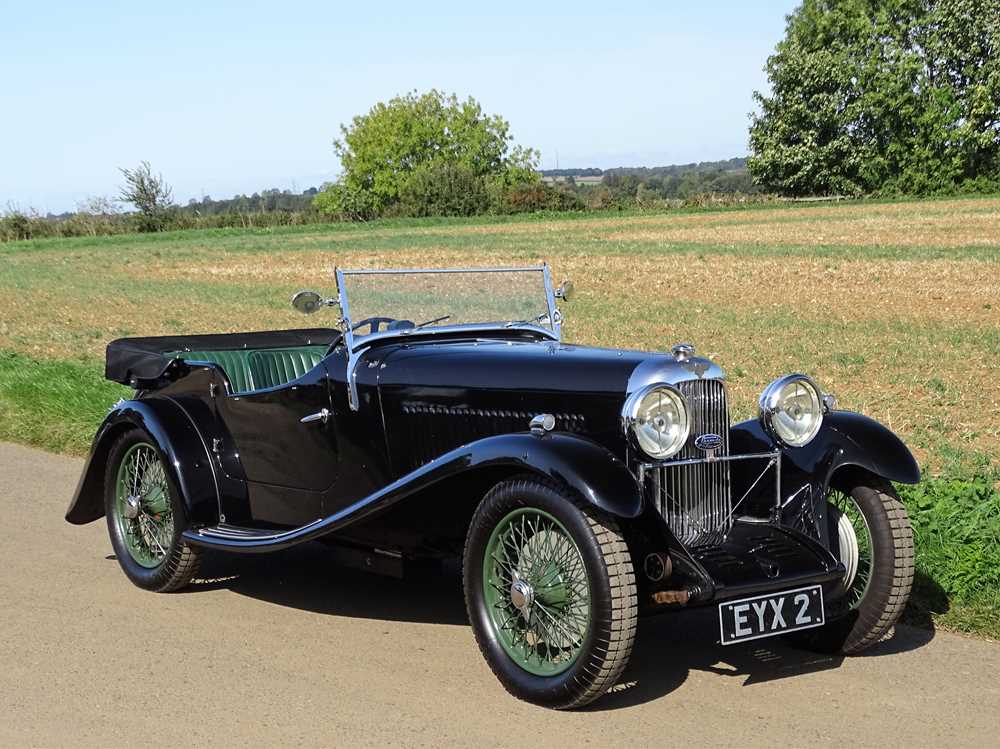 First registered by London County Council on September 19th 1938 (or so its ‘EYX 2’ number plate would imply), chassis 11486 dates from the final year of Rapier Cars production. Understood to have acquired its current Abbot four-seater tourer coachwork during a 1990s restoration, more recent work has seen the car treated to a partial engine overhaul by DC Rogers Auto Repairs (including new Omega 63.5mm pistons), refurbished dynamo and fresh Blockley triple stud tyres all round. Entering the current ownership last year for the princely sum of £60,480, the Rapier was promptly despatched to Martin Greaves of Classic Performance Engineering for a thorough service and debugging. Improvements were made to the fuel, brake and electrical systems with the corresponding invoice totalling £3,541.32. A further £521.64 was spent with Northants Auto Parts & Service Ltd adding discreet LED flashing indicators.

Introduced at the 1933 Olympia Motor Show, the Lagonda Rapier was intended to capitalise on the growing market for small capacity sports cars. Although based around a conventional ladder-frame chassis complete with all-round semi-elliptic leaf-sprung suspension and four-wheel Girling 13-inch drum brakes, the newcomer boasted a highly advanced engine. The work of consultant Thomas 'Tim' Ashcroft, the 1104cc four-cylinder unit utilised twin overhead camshafts to produce a class-leading 50bhp @ 5,400rpm. Praised by the contemporary motoring press for its performance, refinement and agility, the model was supplied in bare chassis guise only and bodied via the likes of E.D. Abbott, John Charles, Maltby and E.J. Newns. Prohibitively expensive to manufacture, the Rapier was dropped when the Staines firm went into administration during 1935. Convinced that the reborn Lagonda (LG Motors Ltd) had made a mistake, Tim Ashcroft, William Oates and Nevil Brockelbank secured the rights to the small capacity sports car shortly thereafter. Operating as Rapier Cars Ltd of Hammersmith they contributed a further 46 cars to the total production tally of 470 before closing their doors in 1938.