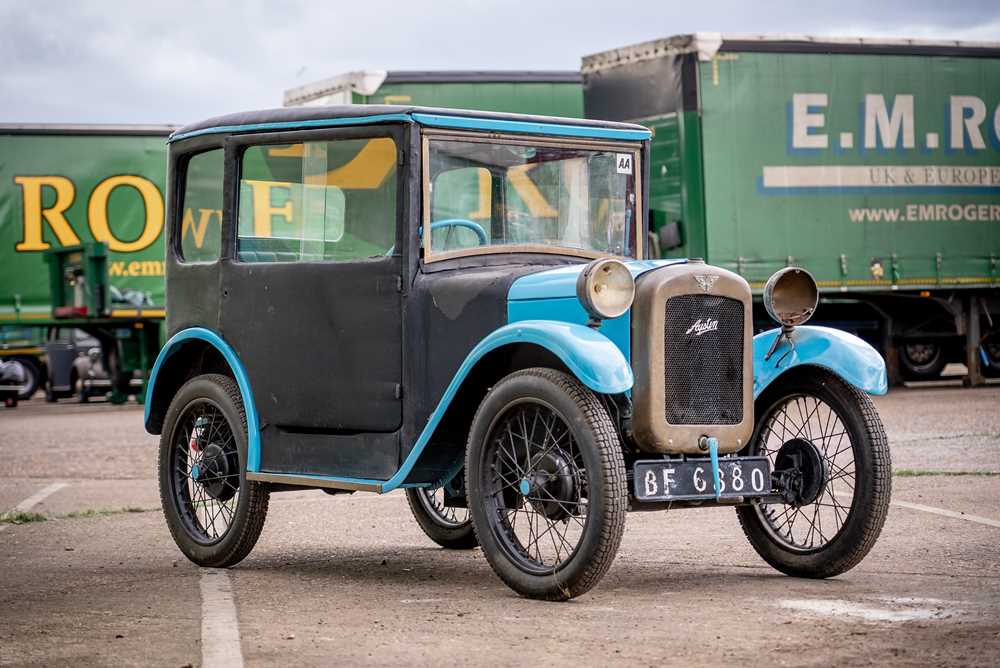 "One of the immortal designs in motoring history is the Austin Seven, for upon its introduction, it rendered the cycle-car obsolete, set a high standard for the economical car, and made motoring possible for the first time for thousands of families. It is surely no exaggeration to say that it was as great an advance in its own sphere as were the 1901 Mercedes and the 1907 Rolls-Royce in theirs, capturing the imagination as few cars have done before or since"

Arguably the forefather of mass motoring 'giants' such as the Volkswagen Beetle, Citroen 2CV and BMC Mini, the Austin Seven was launched in 1922. An extremely versatile design, its simple but well executed A-frame, leaf-sprung chassis played host to a bewildering range of derivatives from Brooklands single-seaters to two-speed tractors (all powered by the ubiquitous, four-cylinder, side-valve 747cc engine). Throughout a lifetime of continual revision and development, the Seven never lost its charm.

Belonging to the Marshall family of Bideford, Devon for six decades (1948-2003) and perhaps even longer, this rare Fabric ‘Wydoor’ (Wide-Door) Saloon was still highly original when N. Starey Esq. acquired it in September 2005 for £3,350. Entrusted to Austin 7 specialist Ian R. Bancroft Restorations two years later, the diminutive four-seater reportedly benefited from an engine overhaul, new clutch, rewiring, replacement radiator, refurbished wire wheels, fresh shock absorbers and new tyres etc at a cost of some £4,567.79. Treated to a cosmetic renovation not long after entering the current family ownership during September 2013, ‘BF 6880’ emerged with a retrimmed interior, re-skinned fabric bodywork and Kingfisher Blue tinware (the latter apparently a period option). Stored in a lean-to shed for the last several years, the Austin is now in need of recommissioning and some further refurbishment. Offered for sale with continuation buff logbook, V5C Registration Document and sundry paperwork.