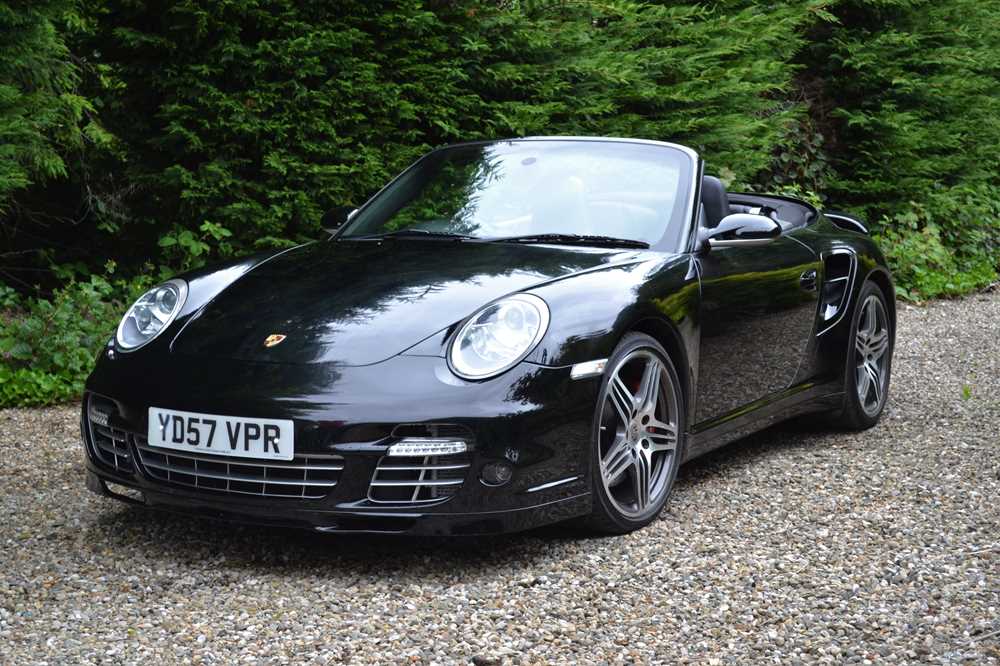 Not surprisingly, given the Type 996's wholesale re-engineering, the successor Type 997 - introduced in 2004 - represented evolution rather than revolution, the most significant changes being to the interior and exterior styling. The latter marked a welcome return to the 911's traditional oval headlights, and the interior too was more classic 911 than that of the outgoing 996. Open cars typically suffer an inferior performance when compared with their closed cousins, but not the Turbo Cabriolet, which gave next to nothing away to the Type 997 Coupé, its maximum speed being around 310km/h (193mph).

Manufactured in 2007, this Turbo Cabriolet was supplied new to the United Kingdom and first registered on the 8th of September 2007. Fitted with the Tiptronic gearbox, this example is finished in Black with a Black leather interior and has covered just 49,586 miles from new. Entering current ownership in 2014, although a subsequent keeper change is showing due to transfer into the vendors business, with the Porsche having six owners from new (seven showing on HPI with the additional keeper change). Benefitting from approximately £3,400 worth of expenditure at Porsche Cheshire Oaks in 2014, the Turbo is further offered with the stamped service book and other service records that illustrate five services with the most recent completed at the Porsche Centre Bolton at 48,615 miles. Accompanied by a quantity of past MOT certificates and V5C document.