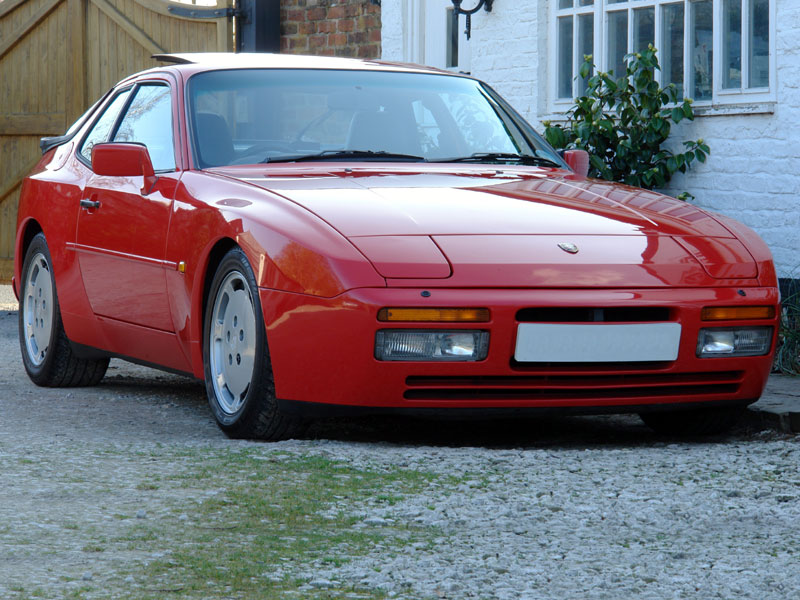 Finished in Guards Red with Black leather upholstery, this 1988 944 Turbo boasts a five-speed manual gearbox, fully-electric front seats and rare optional Club Sport alloy wheels. The vendor informs us that the Porsche experienced four owners in the first eight years, while the next one retained it for 12 years before selling it to collector Terry Tratalos. It was from his widow that the last owner purchased 'F364 KNO' in 2010, whereupon it was treated to a thorough mechanical overhaul by a marque specialist, which included some sensible and sympathetic upgrades.

The items replaced or refreshed were: the engine top-end; belts and tensioners; water pump; header tank; all suspension dampers and bushes; brakes; alloy wheels. Replacement carpet mats were custom-made by Southbound. A new Bluetooth stereo and speakers were fitted, along with Porsche-approved N-rated tyres, and the air-conditioning unit uprated and re-gassed. The engine was remapped for optimum practicality and torque rather than outright power - the resulting output was 276bhp. Detailed with Swissvax, this clearly cherished 944 has had over £8,000 lavished on it since 2010 (documented by the invoices in the history file), and is now felt by the vendor to have "excellent" bodywork, paintwork, interior trim, engine and gearbox. He also tells us that it has attracted many admiring looks when displayed at Tatton Park classic car shows. The MOT is valid into May 2013.
Share: