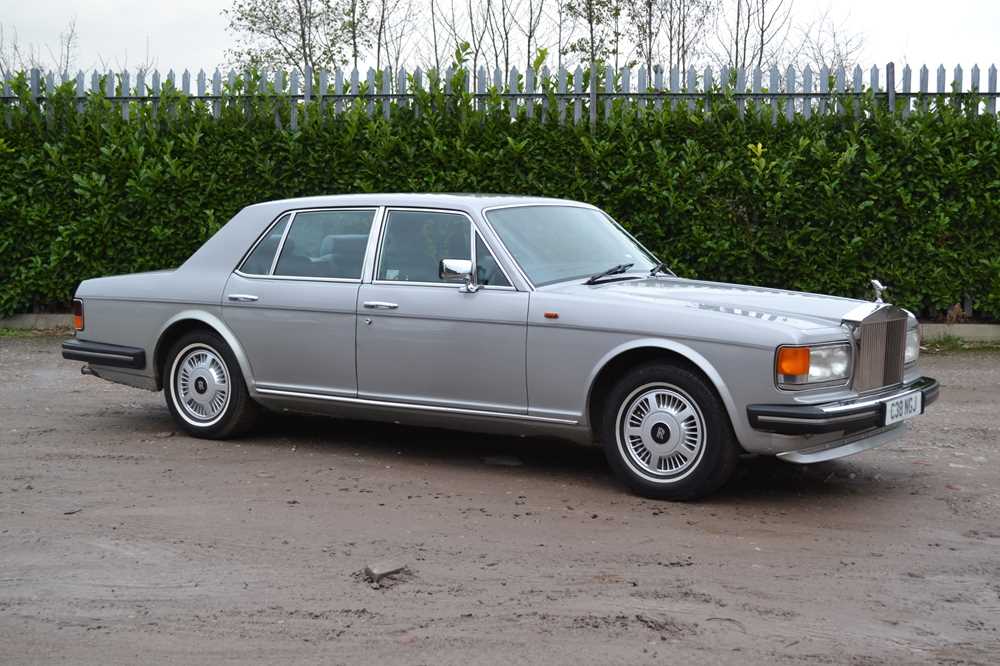 The Fritz Feller-penned Silver Spirit debuted at the 1980 Paris Salon. It was not entirely new, however, and employed the floorplan of the outgoing model as well as its proven OHV 6,750cc V8 powerplant. The opulent incomer was lower and longer than the Silver Shadow and featured a considerably larger glass area. Courtesy of its finely-tuned Girling hydraulic self-leveling suspension, it was said to provide the best road-holding ever offered by the marque. It was also the first Rolls-Royce to feature a retractable version of the Spirit of Ecstasy - it automatically withdrew into the safety of the radiator shell if dislodged from its standard position. There were a total of four iterations of the Silver Spirit, via which it remained in production until 1998, by which time BMW had obtained an interest in the manufacturer and the Spirit was replaced by the BMW V12-powered Silver Seraph.

This 1986 example was first registered in the UK in February 1986 and is finished in Georgian Silver with light blue leather upholstery. In current custodianship since 1998, the Rolls-Royce has only five former keepers. Having covered approximately 85,000 miles from new, the Spirit has only covered circa 8,000 miles in the last 15 years. Fitted with the 6750cc engine mated to the three-speed THM400 automatic gearbox. Accompanied by a vast number of invoices, with many being from Jack Barclay Limited, the Rolls-Royce is further provided with a large collection of past MOTs, and V5C.