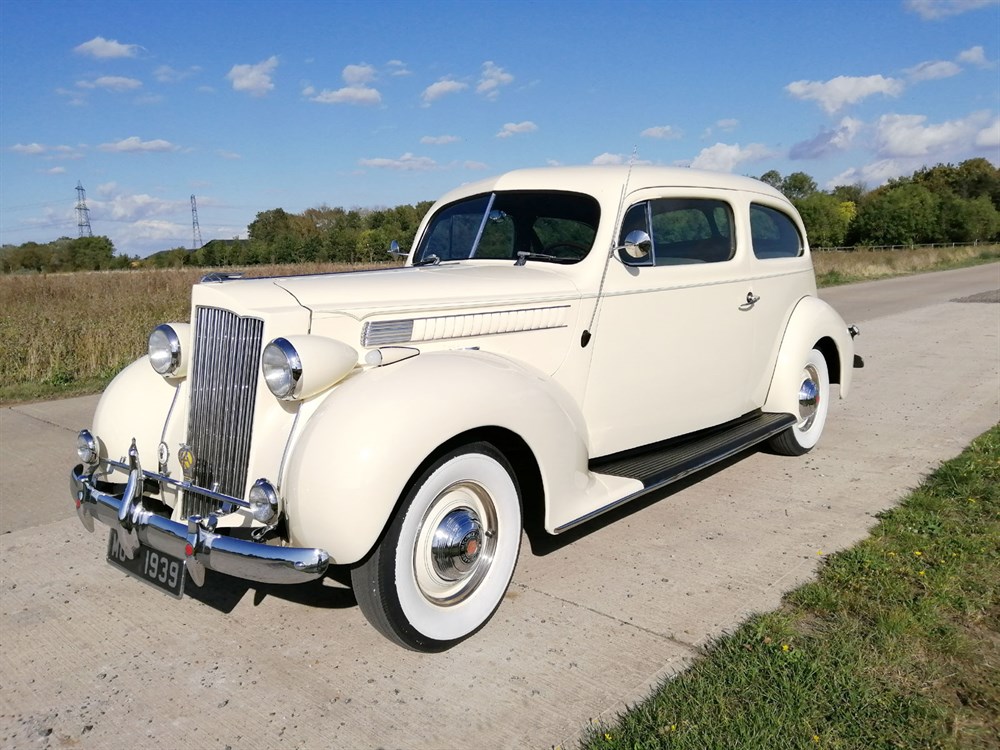 - Subject to an extensive restoration around 1998

- Treated to a new radiator, dynamo and 16" Kenlowe fan

Packard was renowned as a manufacturer of premier luxury automobiles, and by the late `30s the majority of its sales were still of sumptuous eight-cylinder-engined cars to wealthy customers. However, keen to expand and simultaneously take account of the impending recession, in 1937 it reintroduced a six-cylinder model to its range for the first time in nine years. The 1939 Ivory-coloured example now offered is a lefthand drive Sedan Tourer that has benefited from an extensive restoration around 1998. Since being acquired by the vendor it's been treated to a new radiator, dynamo, 16" Kenlowe fan and electric fuel pump, while the rest of the fuel system has been given a thorough overhaul. He presently grades the straight-six engine as `excellent', the Mottled Brown interior trim as `very good', and the Sedan bodywork and three-speed manual transmission as `good'. The Packard boasts its original heater and radio, both of which are still fully operational.
Share: