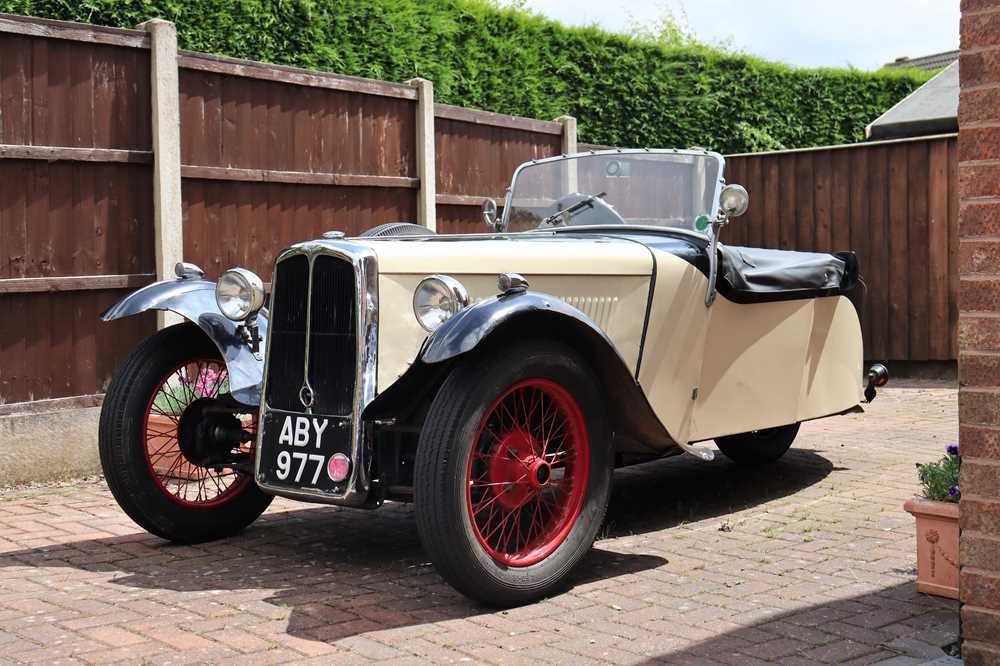 Previously known for their side arms and bicycles, B.S.A. had begun motorcycle manufacture in 1910 and by the late 1920s, they were the largest motorcycle producer in Britain, if not the world. It was from their factory at Small Heath that a new car emerged and it was a three-wheeler designed by F.W. Hulse using the Hotchkiss 1021cc twin-cylinder engine. It was a competitor to the Morgan three-wheeler and although less sporting it was more comfortable and easier to drive. The model's popularity resulted in the factory soon producing some 2,000 examples per annum. Within a few years, BSA was offering a whole range of front-engined, front-wheel drive three-wheeled microcars to suit all requirements, from a Sports model to a Family one with child seats in the rear. Prices ranged from around £100 to £125 and BSA three-wheeler production continued sometime after the introduction of its four-wheeled Scout model of 1934.

Manufactured in 1934, ‘ABY 977’ is fitted with the 1075cc four-cylinder engine allied to a three-speed manual transmission. Finished in Cream and Black paintwork with Red interior upholstery, the BSA is offered with weather equipment trimmed in Black comprising hood, side screens and full-length tonneau cover. Unfortunately, little is known of chassis number F75770s early history until it was discovered as a resident of the Isle of Man during the 1990s and 2000s. Returning to mainland United Kingdom in 2005, entering the ownership of the previous custodian, the vendor purchased the TW35-10 in 2016. Benefitting from much improvement since the vendor's purchase, the BSA has received an engine overhaul which has included a re-bore, new pistons, replacement white metal rods, an electric cooling fan, and new electric water pump, as well as the fitment of new tyres. With a recorded mileage of 9,740 miles, the vendor rates the paintwork as ‘good’ and the bodywork, engine, gearbox, interior trim and electrics as ‘very good’.