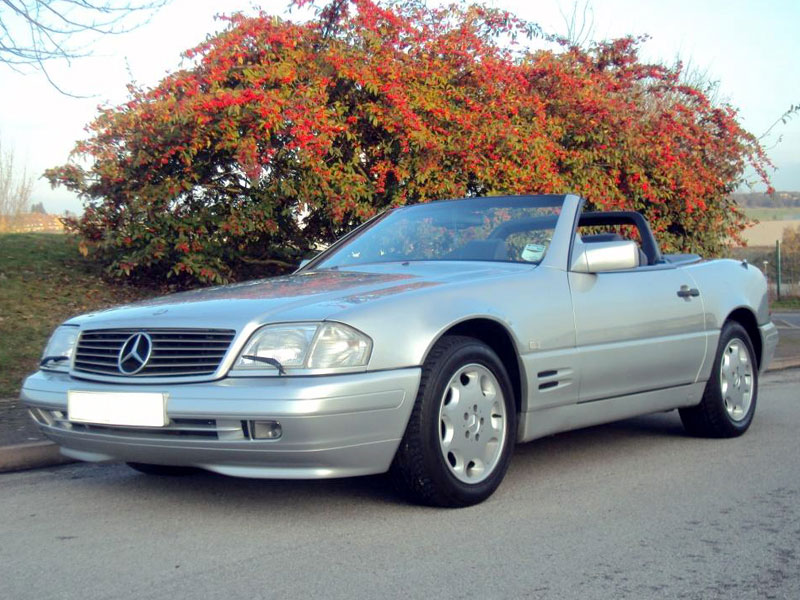 The landmark 300 of 1954 and the ensuing 190 comprised the first generation of Mercedes-Benz's iconic SL models. The second generation SL began with the 230 of 1963 and was distinguished by its lower waistline, big curved screens and a distinctive optional hardtop that earned the model its nickname of `Pagoda top'. The notably larger third generation car (R107 Series) was launched in 1971; initially with just a 3.5-litre engine mated to four-speed automatic transmission. The model featured a two-door monocoque bodyshell with all round independent suspension, power-assisted steering and braking by discs at each corner - ventilated on the front. The fourth generation (R129 Series) was launched at the Geneva Motor Show of 1989. It was a beautifully-engineered motorcar that bristled with technical refinement and innovative safety features. The specification included independent suspension all round (double wishbone at the front/five link system at the rear), adaptive damping, ventilated disc brakes with ABS, electronic stability control, integral roll-over bar and front air bags. When introduced in 1993, the SL320 variant featured a DOHC in-line six-cylinder engine of 220bhp and was continued through to 2002, following a facelift and change of engine in 1998.

This right-hand drive SL320 departed the Stuttgart production line in 1995 and sports Silver bodywork matched to a Black leather interior. It is equipped with an automatic gearbox, and has apparently recently been treated to a major service courtesy of a main dealer and the overhauling of the hood mechanism. The vendor considers the bodywork, paintwork, engine and transmission to be "very good", the paintwork "good" and the interior trim "good for the mileage"; which currently reads an unwarranted 93,400. The Benz comes complete with a selection of bills, some service history and an MOT valid into November. A suitable and eminently affordable way to enjoy the summer sun.
Share: