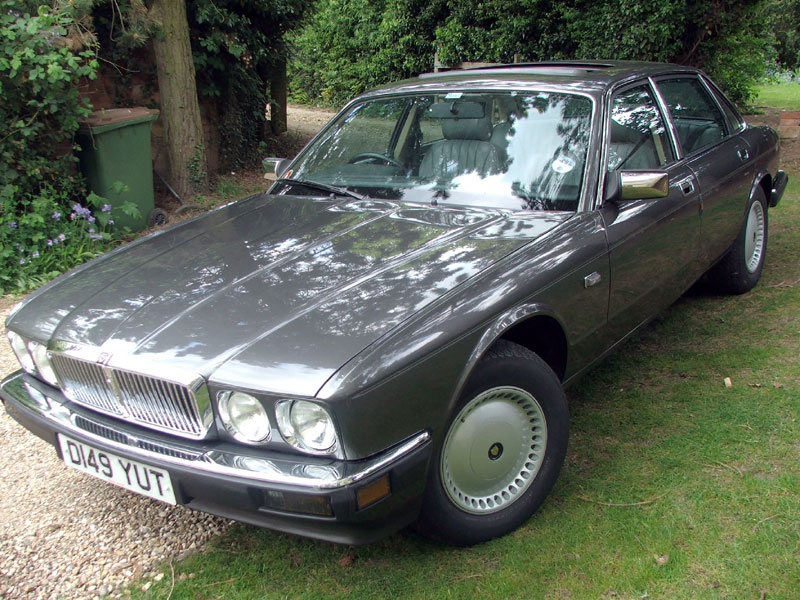 Following numerous delays, the all new XJ6 (or XJ40 to use its code name) was finally launched in October 1986 as a replacement for Jaguar's ageing Series III cars. More evolutionary than revolutionary, it boasted all-round independent suspension, power-assisted rack and pinion steering, four-wheel disc brakes and generous levels of sound deadening. It proved to be a credible alternative to the Mercedes-Benz S-Class and BMW 7-series and was well received by the contemporary motoring press. The newcomer was initially available with a choice of two variants of the straight-six AJ6 powerplant - the 2.9-litre SOHC unit (a derivative of Jaguar's legendary V12) or the 3.6-litre DOHC engine. The former produced 165bhp and 176 lb ft of torque and the latter gave 221bhp and 248 lb ft of torque. Allied to either a five-speed manual or four-speed automatic 'J-gate' transmission, they allowed purchasers to prioritise performance over economy and vice-versa.

The 1986 example on offer is a rare cat indeed, the documented service records, MOT certificates, Jaguar Finance purchase history etc of which appear to confirm it has travelled a mere 7,900 miles in its 24-year life. This, almost, 'out-the-box' right-hand drive 2.9-litre XJ40 is reported to have been first supplied by Sturgess of Leicester and, until recently, had remained a one owner vehicle. Dry stored for the last 10 years, it acquired a new keeper this April, who treated the Jaguar to a thorough mechanical inspection. Apparently all fluids have been replaced, the brakes serviced, the fuel injectors cleaned and a new battery, HT leads and wheel trims fitted. This timewarp Jaguar is finished in Dorchester Grey metallic paintwork matched to a grey leather interior, which is said to be without blemish. Indeed, the vendor describes the car as being in "excellent" condition with regard to its engine, automatic transmission, electrical equipment, interior trim, bodywork and paintwork. It is taxed until the end of September and MOT'd into March next year. Interestingly, the car is rumoured to have been pictured with Nigel Lawson when he became Chancellor in 1986 (though, the associated photographic proof has not materialised). For those looking to make the most of their own finances, this 'Peter Pan' Jaguar could certainly be of interest.
Share: