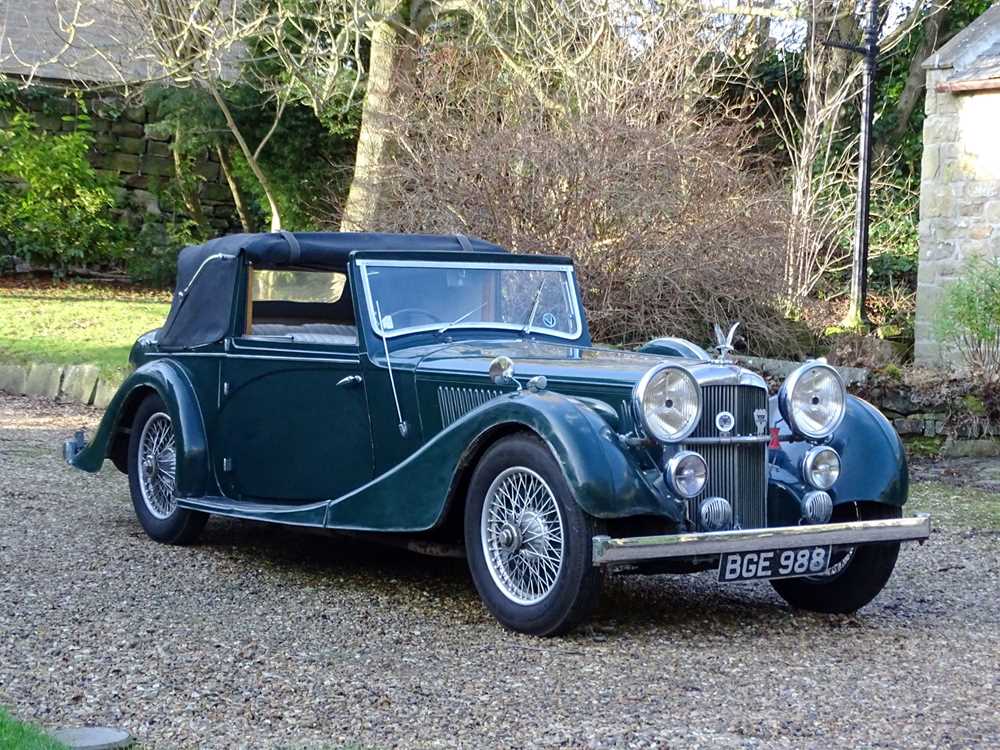 In the Alvis Speed 25 , the makes have produced a car which will delight those who appreciate fast motoring with an ample margin of safety. A very quick response to the accelerator is matched by exceptional steadiness under heavy braking conditions, light and accurate steering, and road holding of that special quality which is so rarely encountered these days" (Speed 25 Road Test, Motorsport 1936).

This stylish Speed 25 carries its original and most attractive 3 position drophead coupe coachwork by Charlesworth who were specialists in crafting limited runs for low volume manufacturers such as Alvis, MG and Armstrong Siddeley from their works in Coventry. Purchased by the vendor in 1994, it pleasingly retains its original registration number and benefits from replacement of the all-important rear ash frame whilst in his ownership. A high ratio back axle, triple SU carburettors and Marles steering box add to the driving appeal and help make it an extremely competent four-seater touring car. This fact was amply proven in 2000 when it successfully completed a gruelling 2500-mile tour of America followed in 2003 by a 2300-mile tour of New Zealand with the Alvis Club. Finished in green with nicely patinated cream leather and carpets, whilst being exempt from testing, BGE 988 is offered with a current MoT to June 2020.