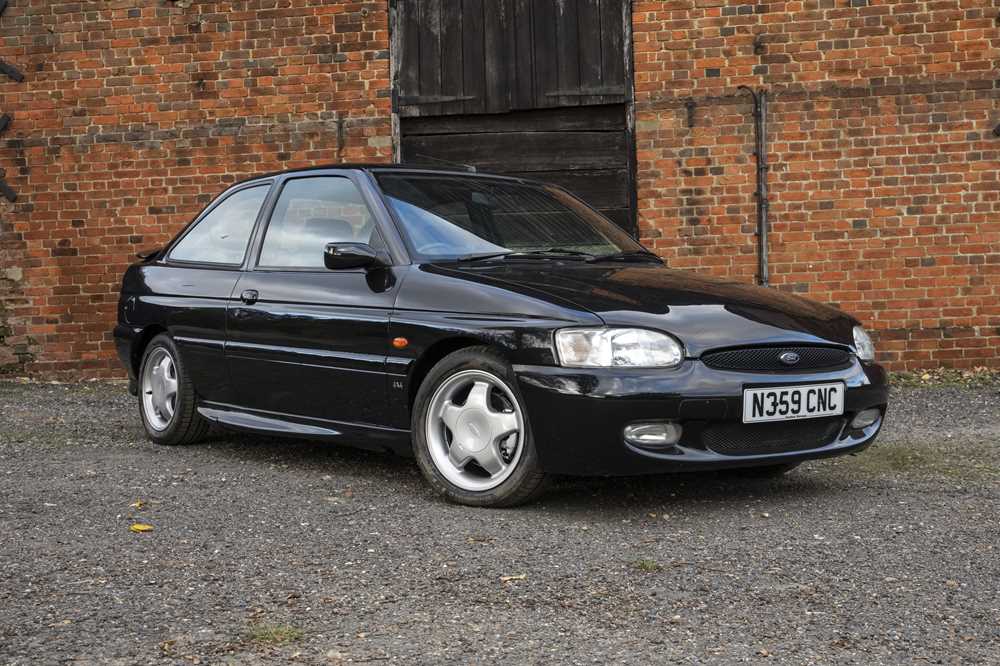 The Escort is a small family car manufactured by Ford Europe from 1968 as a successor to the Ford Pinto. In early 1992, an all new Zetec 16-valve engine was launched bringing improved drivability, while also marking the return of the XR3i, which was available with two versions of the 1.8 litre Zetec engine. The RS2000 appeared in the autumn of 1991 with a 16-valve version of the Sierra's 2.0 litre engine providing improved ride and handling, meaning that this version of the Escort finally delivered great performance on the road. Specifications, however, were also higher than before.

The example we have offered here is the rare 4x4 version; reputedly only 500 were built, with only 350 making it for road use and the rest being allocated for competition. N359 CNC was purchased and registered in the UK, but spent most of its early life in the South of France where the owner had moved to work and live at that time. It has a full service history from 1996 until 2002 covering 70,000 miles for that period, mainly from a Ford dealership in Nice. Although the V5 shows one previous owner, it was actually a one owner car as he had transferred it from himself to his company (all documented). The vehicle came back to the UK in 2002 and was used sparingly for a year. lt was MoT’d in the summer of 2003 at 72,000 miles and shortly afterwards parked in a private and dry residential garage in London. N359 CNC remained in the London garage until the present owner was lucky enough to purchase it as part of a deceased estate in February 2019. A true barn (or garage) find! After the car was transported to the owner’s home, a new battery was fitted and over the coming months it was mechanically re-commissioned, serviced with replacement filters and fluids refreshed.

Spending the best part of 16 years in the garage took its toll on the paintwork as there was widespread cracking of the paint lacquer. As a result, the car was resprayed in its original Ash Black. An unmolested car with no modifications and even the original Ford 5000 stereo, this example benefits from factory Recaro seats, tilt and slide sunroof, air conditioning, electric windows and mirrors and has recently been subject to new pirelli tyres.

Now showing 72,698 miles on the odometer, N359 CNC It comes accompanied with the original stamped service book, a number of previous MOT certificates, invoices and original handbooks, as well as an MOT certificate valid until 08 November 2022. The vendor rates the condition of the bodywork, paintwork, engine, transmission and gearbox and interior trim as ‘Good’, with the electrical equipment ‘Very Good.