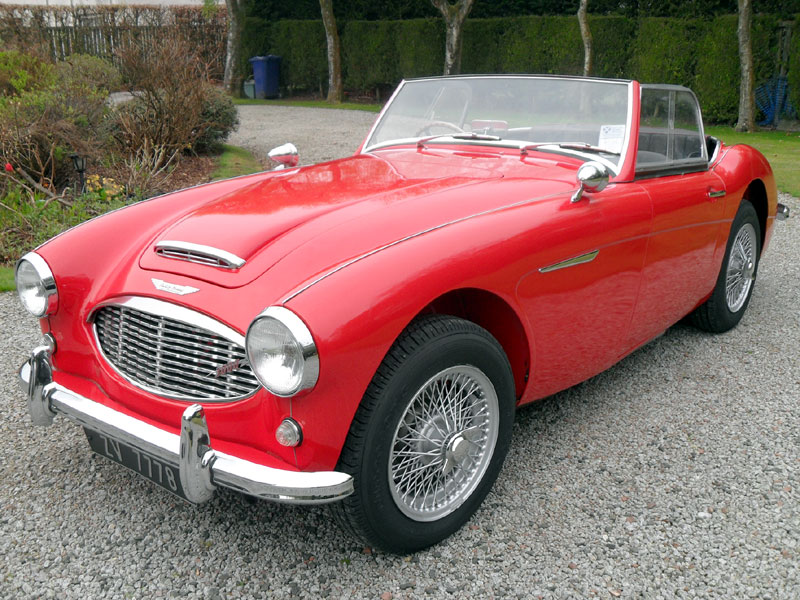 The 'Big' Healey enjoyed steady development, with the early four-cylinder cars giving way to the 100 Six in 1956, which in turn was replaced by the first of the 3000s in 1959.

The MKI 3000 now on offer is an occasional four-seater (BT7) example manufactured in 1960. It sports Colorado Red bodywork and Red-piped Black leather upholstery. According to an open endorsement penned in November 1997 by G P Stevenson of Stevensons's Garage of Barrow-On-Soar, Leicestershire, it is evident that chassis H-BT7/11232 was treated to an extensive restoration in the 1980s, following which it apparently placed third in the concours event at the 1989 International Healey Weekend. The 1997 report went on to note: "Every aspect of the car is still excellent, both bodily and mechanically. It is certainly a credit to its owner." Entering the previous family ownership via the H&H sale of February 2001, the MKI 3000 is considered by the vendor to be in "very good" condition with regard to its coachwork, engine, transmission and interior trim, while he rates its paintwork as "lovely". This handsome car features a period Moto Lita woodrim steering wheel and chrome wing-mounted racing mirrors, and comes complete with driver's handbook, workshop manual and various new and secondhand spares.
Share: