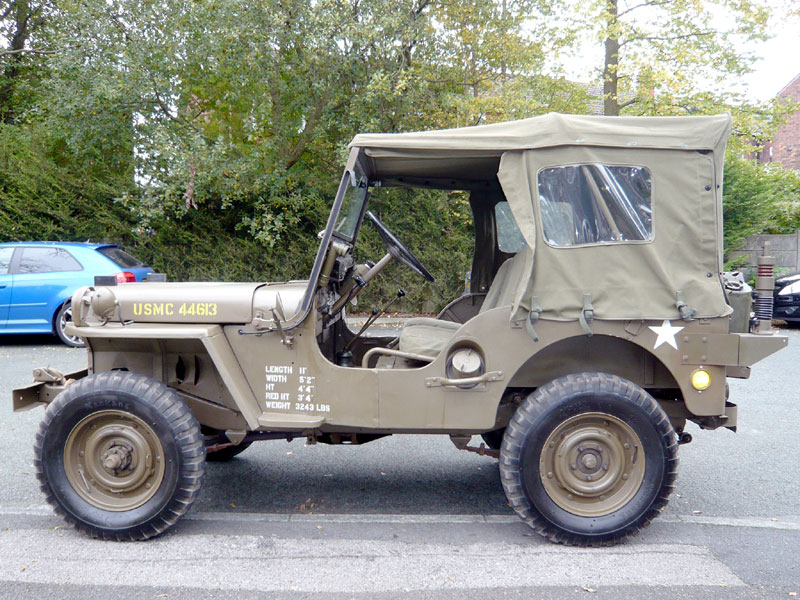 The immortal Willys Jeep is sometimes described as the vehicle that won WW2, mobilising the allied forces with lightweight, manoeuvrable transport. With its tough and torquey 2.2-litre (134cu in) sidevalve 'Go-Devil' motor coupled to four-wheel drive, it got places that other vehicles could not. In wartime Willys produced more than 360,000 MB Jeeps and Ford almost 280,000 identical GPWs. Though manufacture of the original type continued for various armies across the world, the initial design was improved and updated, first as the CJ-2A (for Civilian Jeep) with tailgate, and then as the M38 for the military, built from 1950-52, and resembling the wartime Jeep but with more prominent headlamps. It retained all the attributes of its illustrious predecessor including tough construction, slogging 2199cc Go Devil sidevalve engine (max torque at a diesel-like 2000rpm) and three-speed high/low ratio 2wd/4wd transmission. In 1953 Kaiser purchased Willys-Overland, renaming it the Willys Motor Company, and commissioned the design and manufacture departments to embark on a series of far more civilian-oriented vehicles.

The vendor describes this workhorse classic as being in "very good" condition with regard to its engine, bodywork and paintwork. There are understood to be "no rips in the canvas seats or top" and its 24-volt electrical system is reportedly augmented by "a 12v socket, handy for the satnav". The Jeep appears well equipped with canvas top / doors, Jerrycan, collapsible canvas water carrier, aerials, two radio receivers, shovel and axe. There's even still a rifle scabbard mounted on the inside of the scuttle along with the army torch and water bottle. Adding that he can detect "no rust in either the chassis or the body", the vendor says: "It's been used to tow my daughter's horsebox, and it gets in places where other 4x4s fail due to its light weight".

PLEASE NOTE: This vehicle has an MOT until May 2011.
Share: