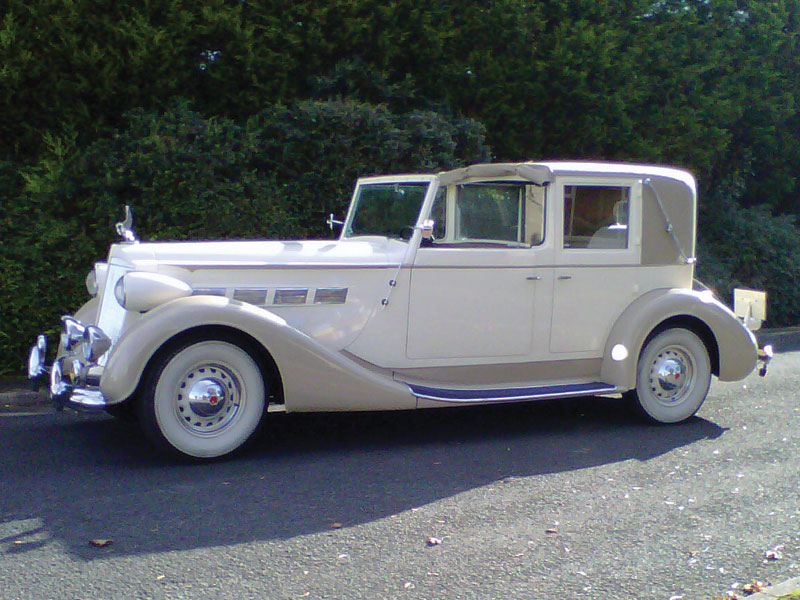 The Super Eight manufactured by Packard between 1937 and 1939 was an excellent driving machine, courtesy of such new refinements as independent front suspension and hydraulic brakes. The last of the floor change Super Eights, it also featured a glorious facia dominated by five sizeable instrument dials. Power was provided by a 320 cu in (5235cc) straight-eight engine of 135bhp. Some 5,793 Super Eights were manufactured in 1937.

This fascinating left-hand drive Town Car, was made for the American film star Jeanette MacDonald. She was a Packard fanatic who already owned three such models, including a Town Car clothed in Bohman & Schwartz coachwork, and it was to them she turned when bodying the newcomer, at a reputed cost of $14,000. Apparently she gifted the Packard to her chauffeur James York on his retirement twelve years later. It subsequently fell into disuse, however, and was acquired in 1956 by Classic Car Club of America founder Robert Gottlieb, who restored it to its former glory, turning the colour from Black to Blue.

HSU 392 was further restored in 2003, at which time it was completely repainted in the current hues of Coffee and Cream. As regards the inside, the rear compartment retained its original buff coloured cloth and silver-plated fittings, while the chauffeur's office was completely recarpeted and upholstered, and a new roof lining fitted. Other apparently original items include the radio (not currently working), a heater and cooling fan. The vendor currently regards this historic Packard's bodywork and paintwork as "excellent", and the trim, engine and transmission as "very good". It is being sold complete with photo file of the most recent restoration, copy of a relevant image from the book 'Les Dossieres Complets de L'automobile Ancienne' de Renu Bellu, Les Packard, and almost a year's worth of tax and MOT.
Share: