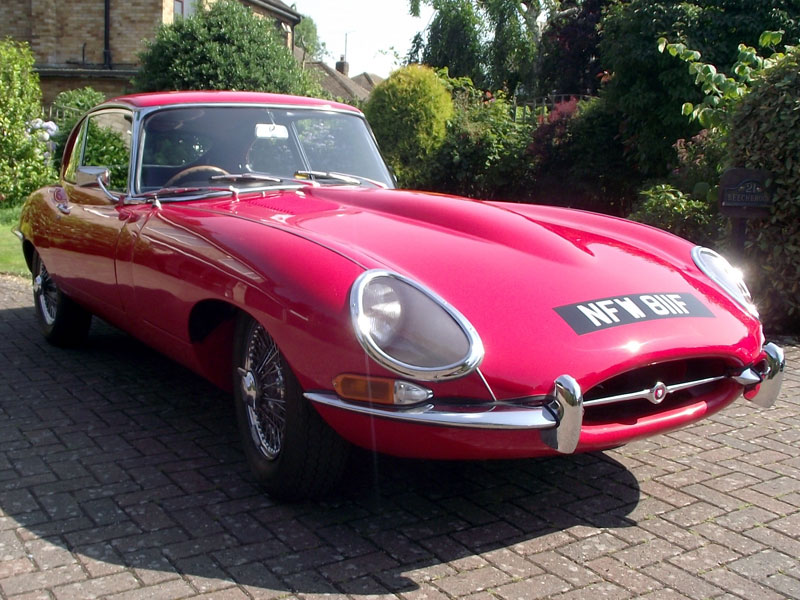 Jaguar's immortal E-Type underwent its first major surgery in 1966 when, feeling there needed to be a version in which customers' children could share the E-Type experience, Jaguar introduced the 2+2 Fixed Head Coupe. A rear bench seat was accommodated by increasing the wheelbase by nine inches and adding two inches to the roofline. The airy 2+2 benefited from the same fully independent suspension, rack and pinion steering and disc brakes as its two-seater sibling. By now, the E-Type range was powered by a 4.2-litre version of the company's DOHC, straight-six, developing a quoted 265bhp.

Finished in Red with Black leather upholstery, 'NFW 811F' is described by the vendor as being in 'very good' condition with regard to its 4.2-litre engine, four-speed manual gearbox, electrical equipment, bodywork, paintwork and interior trim. Showing three former keepers to its V5C document, the Jaguar was entrusted to Andy Marshall of Mansfield for a bodywork refurbishment and respray during the previous ownership. Boasting its original engine plus an electric fan, Heritage Certificate and chrome wire wheels, this rare Series I 4.2 FHC 2+2 has also been recently treated to a front vented discs upgrade by Fossway.
Share: