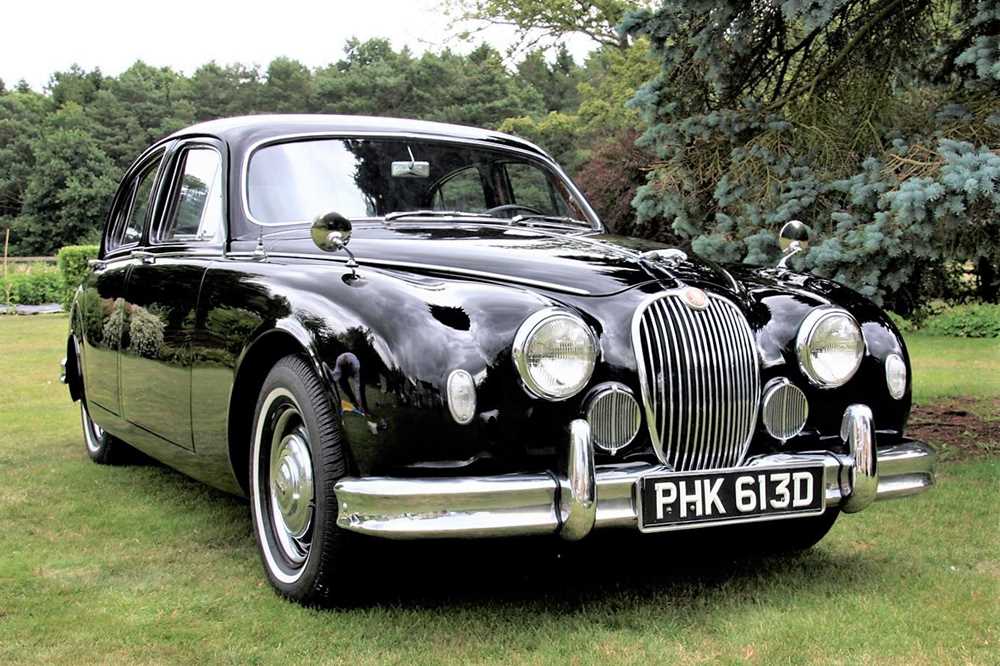 Finished in Black with Grey leather upholstery, ‘783 XVK’ is described by the vendor as being in ‘excellent overall’ condition with regard to its original 3.4 litre engine, automatic transmission, electrical equipment, interior trim, bodywork and paintwork. Built on April 2nd 1958 to left-hand drive specification and distributed via Jaguar Cars of New York, the MKI is understood to have spent part of its life in Houston, Texas which may well help to explain why its bodywork has survived so well. Believed but not warranted to have covered just 37,000 miles from new, the sports saloon is said to ‘drive superbly’ with ‘very smooth engine and gearbox’. Long overshadowed by its MKII successor, the MKI has become increasingly collectible in recent years.

Combining sportscar performance with saloon practicality, the 3.4 litre version of Jaguar's ground breaking MKI was introduced in 1957. Sharing the same monocoque bodyshell as its established 2.4 litre sibling, the newcomer was similarly equipped with independent coil and wishbone front suspension and a Panhard rod-located leaf-sprung back axle. However, with some 210bhp and 215lbft of torque on tap, the larger engined model was easily capable of overwhelming its hydraulic drum brakes prompting Jaguar to hurriedly introduce a four-wheel disc option (later standardised). Structurally over-engineered (especially above the waistline), the MKI 3.4 litre lent itself to competition usage with even the standard road going variant being reputedly capable of 120mph. Maintaining a sense of originality despite being stylistically indebted to its MKVII and XK140 siblings, the MKI 3.4 litre remained in production until 1959 by which time some 17,406 are thought to have left the Browns Lane factory.