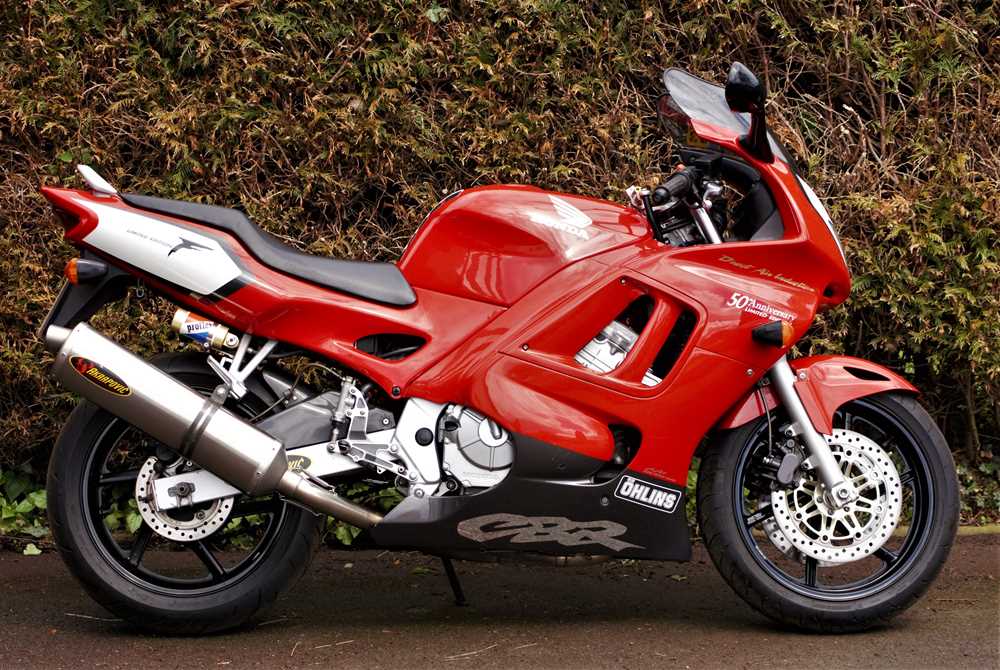 The Honda Motor Company was founded by Soichiro Honda in 1937, initially producing piston rings for Toyota. They made their first motorcycle in 1949 and within 10 years had become the biggest producer in the world. They have gone on to manufacture over 400 million two-wheelers as well as millions of other power products. To celebrate 50 years of motorcycle production a few limited-edition special models were released including this CBR600F

This clean and original example is number 46 of just 50 600s made with all the identity decals in place. The production of the anniversary editions was entrusted to Russell Savory’s RS Performance with the CBRs benefiting from various enhancements including R.S. camshafts, Akropovic exhaust, Proflex rear shock absorber, Harris rearsets, Ohlins steering damper and Dream Machine paintwork. Kept in the vendor's private collection together with a 900 version also being offered in this auction it's ready to go with a long MOT.