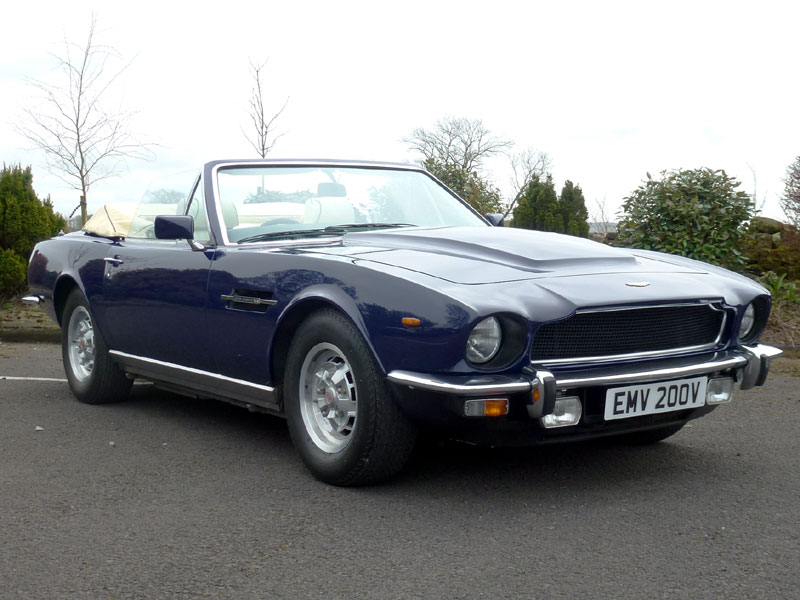 So successful has Aston Martin been in recent years, it is easy to forget how close the marque came to folding in 1975. Its saviours opted for expanding the model range and produced the company's first soft-top in seven and half years - enter the supremely elegant and immediately successful V8 Volante that could sprint to 60mph in 7.7 seconds and top 140mph flat out.

The Volante being offered is a home market example that was with its previous keeper for twenty-four years. The four-seater is finished in Williams Blue with Magnolia leather upholstery, while its venerable 'quad-cam' V8 engine is mated to optional automatic transmission. The vendor has owned the Aston since 2009, though only covered around 2,000 miles in it. His current view is that it possesses "good" bodywork, paintwork, interior trim, engine and gearbox. Its detailed maintenance record includes: five services by the supplying dealer, Donaldson & Evans; five by Hyde Vale Garage; two by AML at Newport Pagnell; one by Car Care Works; two by Chiltern Aston Centre and one by MS & J Motors, Manchester. Further invoices on file comprise several from AML - the largest issued in May 1995 when the mileage was reportedly 64,941 totalled £20,938 - it is now an unwarranted 71,000. The Volante's current MOT is valid into September 2012.
Share: