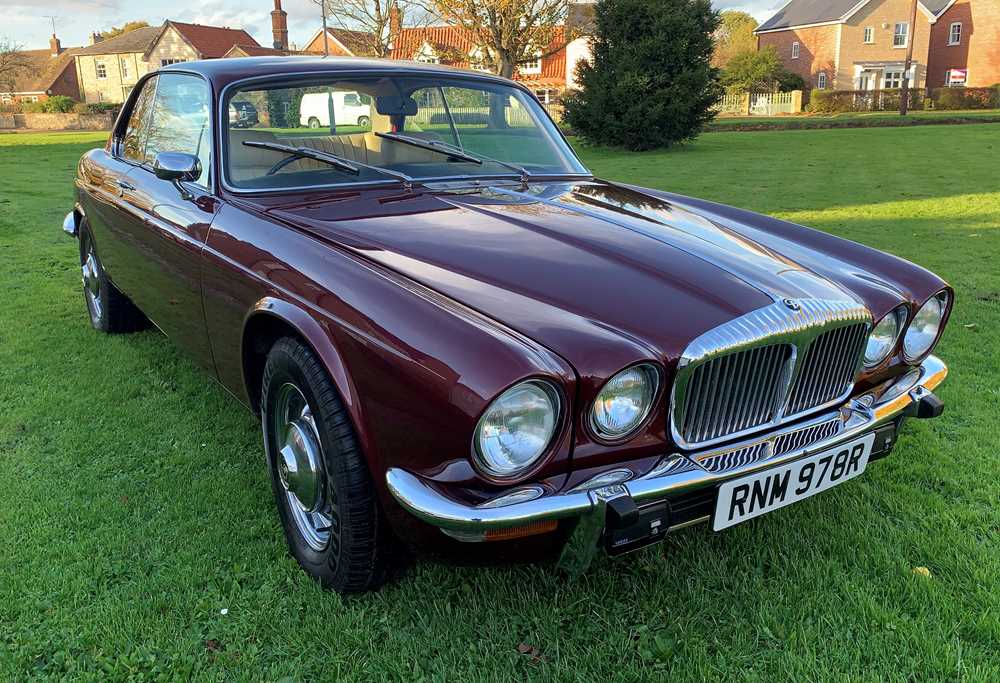 The Daimler Sovereign was a name applied to a sequence of luxury cars built by Jaguar but carrying the Daimler badge between 1966 and 1983 and were based on contemporary Jaguar body shells, chassis and engines. The launch of the Jaguar XJ6 in 1968 and its Daimler sister in 1969 redefined expectations in the luxury car sector. The new model truly 'moved the goalposts', setting new standards in comfort, refinement and handling. A waiting list was quick to form and enthusiasm remained strong upon the introduction of the Series II cars in 1973. The standard or long wheelbase saloon models were joined later that year by a striking new variant; an elegant pillarless coupé, all being built on the short-wheelbase chassis with a black vinyl-covered roof and available with either the 4.2 litre straight-six XK unit or the 5.3 litre, V12. This handsome design retained the saloon's supple all-round independent coil and wishbone suspension, disc brakes and power steering. Performance was predictably strong with both variants reputedly able to exceed 120mph. Rarer than its Jaguar brother, just 1,677 Daimler Sovereign 4.2 Coupés are thought to have been produced by the time production ended in 1978 with 613 built in 1977 and only six in the final year.

In 2019, RNM 978R was subject to a full engine overhaul and more recently a reconditioned gearbox and torque converter, as well as replacement petrol tanks, brake lines, fuel lines and engine tuning. Currently showing just 48,266 miles on the odometer, included with the vehicle is a large number of paperwork including photographic history of the restoration, a number of previous invoices and the V5 Document. The vendor rates the condition of the transmission and gearbox and electrical equipment as ‘Very Good’, with the bodywork, paintwork, engine and interior trim as ‘Excellent’.