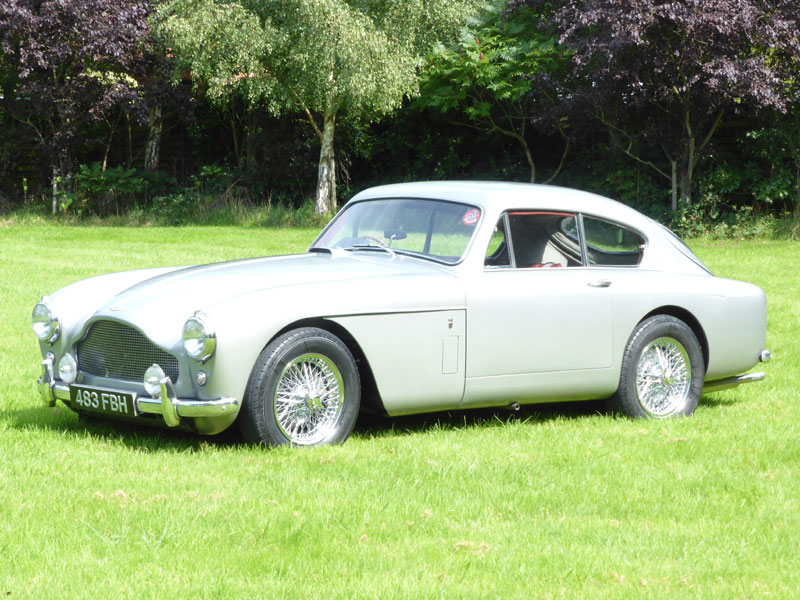 This delightful DB MKIII hails from 1958 and is finished in Silver with contrasting Burgundy-coloured hide and matching Wilton carpets. It is equipped with overdrive, DB4 GT front brake calipers and braided brake lines. The Aston has just been treated to a complete engine overhaul during which one of the new and improved Vetus cylinder blocks was installed. The vendor informs us that the car has also been continuously well maintained, courtesy of regular visits to Four Ashes Garage in Stratford-upon-Avon. Its comprehensive history file contains invoices totalling in excess of £75,000 in the last five years, £20,000 of which is from 2015, as well as previous FIA papers - suggesting earlier competition activity. The vendor has no hesitation in classing the bodywork, paintwork, interior trim, engine and transmission as all being in 'excellent' order and considers '483 FBH' to be 'eminently collectable'.
Share this page: