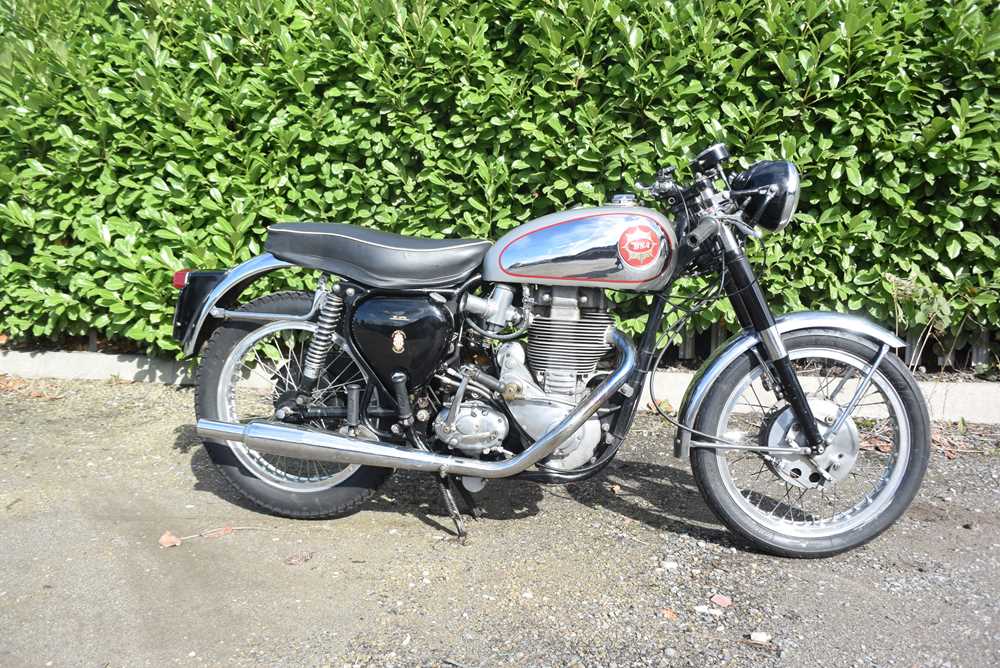 The Birmingham Small Arms factory was established in the Small Heath area of Birmingham 1861 and as the name suggests manufactured weapons. Around the turn of the century they started making bicycles and progressed onto motorcycles a few years later. BSA went on to be one of the world's largest producers of motorcycles up until their demise in the early 1970s. The most sought after model produced by BSA was the Gold Star culminating in the DBD34 of the late 50s early 60s.

This 1957 DBD34 has been subtly modified to make it more usable including a Pearson Electric Starter to overcome the notorious starting difficulties of a Goldie. The engine is now 600cc with a 95mm stroke crank and a 90mm bore barrel fitted by Pearson Engineering at a cost of £2,435 and it also has a Pearson clutch and an Alton dynamo. The motorcycle is supplied with some service information and a large number of receipts for parts bought and work carried out that add up to an additional £2,300 (not including the big bore kit and the electric starter). Started recently, it will only need some light recommissioning to put back on the road and comes with a current V5C.