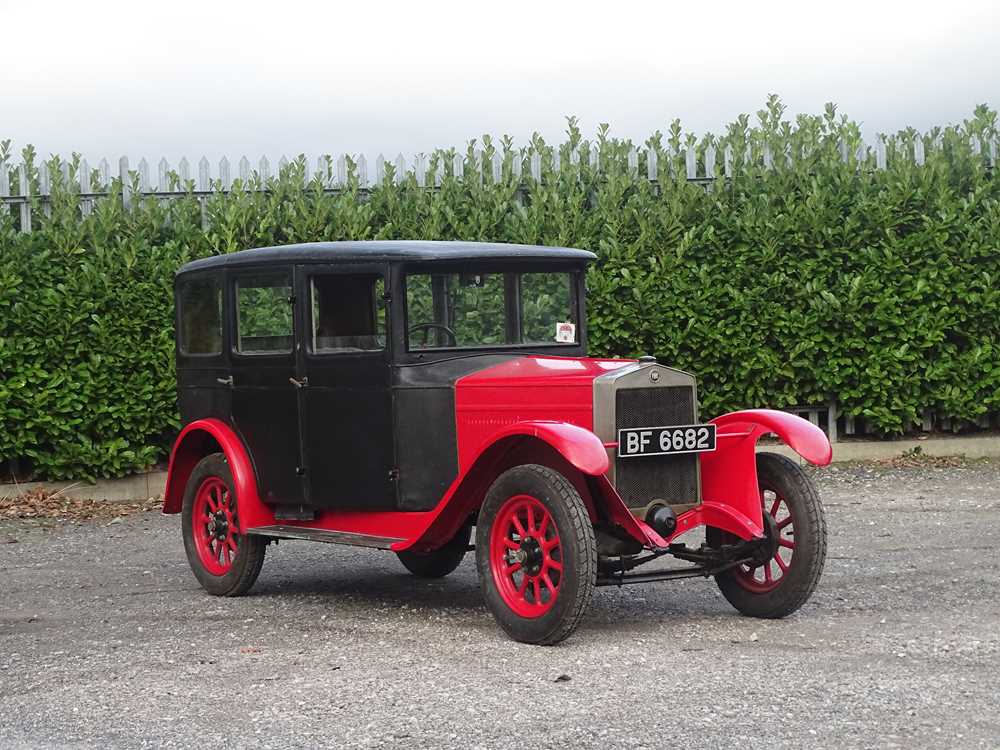 Arguably the first in what has become a long line of innovative, small-engined Fiat cars, the 509 was unveiled in rolling chassis guise at the 1924 Paris Salon. Entering production the following year, the newcomer could be had as a Berlina, Torpedo, Cabriolet, Spider, Coupe or Coupe Royal. Powered by an advanced 990cc SOHC four-cylinder engine allied to three-speed manual transmission, the 509 evolved into the 509A during 1926 gaining an improved carburettor, better tyres and further bodywork choices. Fiat offered a number of sporting 509 derivatives but it was a pair of humble 509A Berlinas which claimed the first two places on the 1928 Monte Carlo Rally. A strong seller in its native Italy and throughout Europe, over 90,000 509s and 509As had been made by the time production ceased in 1929.

Finished in Red over Black with Grey cloth upholstery, this particular right-hand drive example was bought by the vendor's father whilst he was on holiday in the Canary Islands. Sporting an under-bonnet supplier’s plaque for Antonio Rodriguez Morales of Tafira, Las Palmas, the Fiat appears to pleasingly retain its original factory-fitted engine. Entered from a private collection of Veteran and Vintage motorcars, ‘BF 6682’ is said to be in ‘running order’. A rare and appealing Vintage Saloon, this elegant Fiat 509A Berlina is offered for sale with V5C Registration Document.