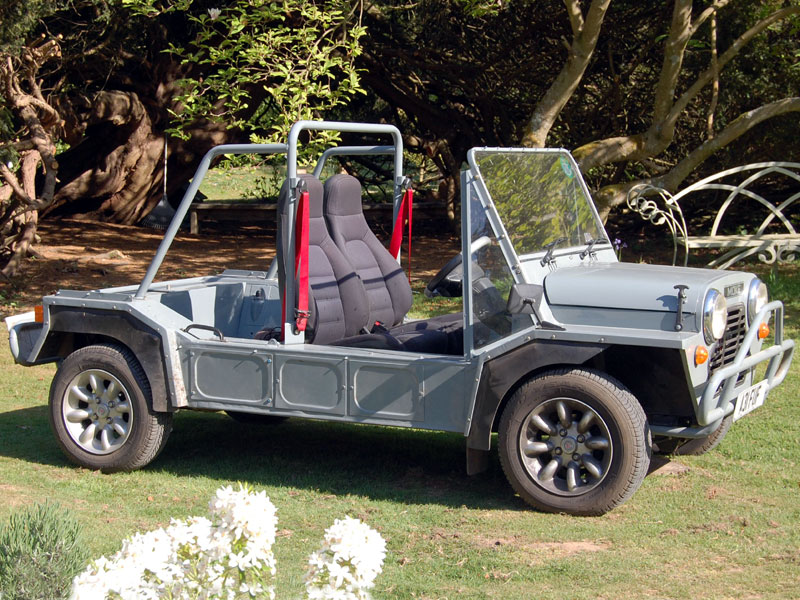 When production of the Australian produced Mini Moke ceased, British Leyland began building the Californian version at one of their plants in Portugal. The Dutton name was very well-known in the 1980's as one of the largest kit-car manufacturers in the world, and in the early 1980's it is understood that they started importing Mokes into England. A31 FUF was first registered in England in May 1984 and is believed to have been the first right hand drive Moke imported by Dutton and used in a lot of their promotional activities and publications. The vendor informs us that it was originally pale blue and is now painted a Land Rover grey, and they describe it as being an older restoration that now has "good" paintwork, "very good" bodywork and engine, and an "excellent" gearbox. It is expected to be supplied with a history file containing a few receipts, magazines in which the car has been featured, a hood frame, hood, and door panels, and also a set of original style seats should the next owner wish to fit them.
Share: