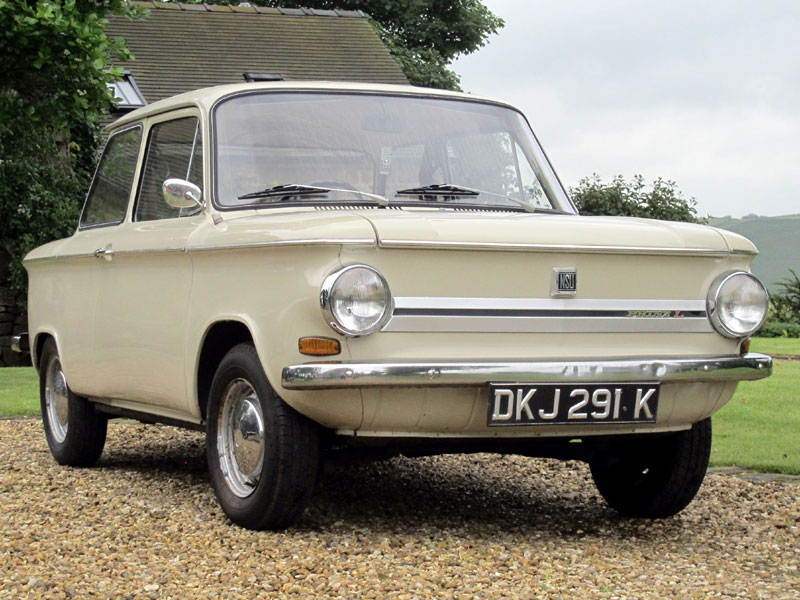 - Highly original and fresh 'no advisories' MOT till July 2016

Introduced at the 1961 Frankfurt Motor Show, the NSU Prinz 4 was a rival to the likes of the Fiat 500 and Mini 850. Powered by a rear-mounted, air-cooled 598cc twin-cylinder engine allied to four-speed manual transmission, the newcomer was reputedly capable of over 70mph. Joining Auto Union and Audi as part of the Volkswagen stable in 1969, NSU stopped making its own cars four years later - the neatly packaged Prinz being deemed a sales threat to the VW Beetle and upcoming Golf.

One of just twelve survivors known to the DVLA, 'DKJ 291K' is believed to have covered a mere 46,300 miles from new. A notably late example that is said to be 'highly original' and to have had the benefit of 'remedial servicing and maintenance as and when required', the NSU is described by the vendor as being in 'good' condition with regard to its engine, gearbox, electrical equipment, bodywork, Beige paintwork and Tan vinyl upholstery. Rare and increasingly collectible, this delightful Prinz 4L is offered for sale with a 'no advisories' MOT certificate valid until July 2016.
Share this page: