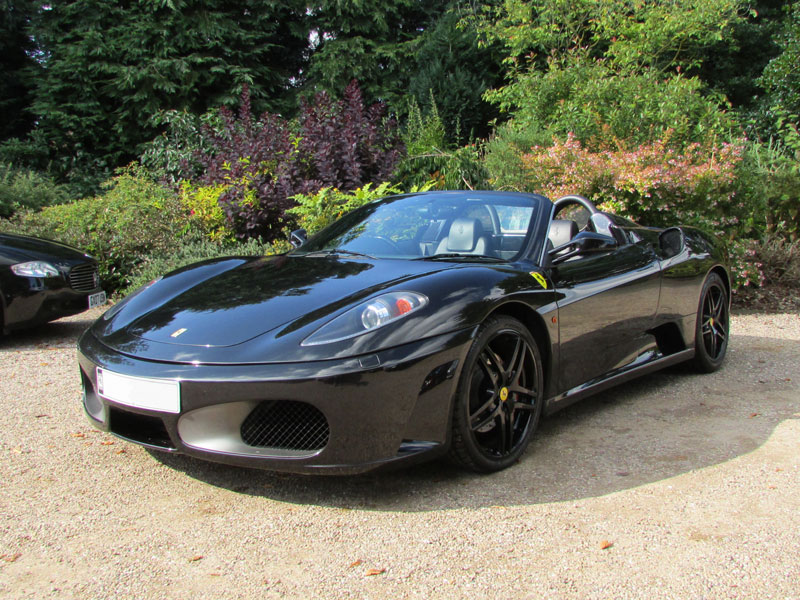 Ferrari's 430 model debuted at the Paris Salon in 2004 and, though based on the preceding 360, was a notably superior car in most respects. It was designed at Pininfarina under the guidance of Frank Stephenson. It broadly shared the Alcoa alloy chassis, roofline, doors and glass of the 360, but the revised lines endowed the newcomer with considerably greater downforce. It also contained some nice styling cues from previous Ferraris - eg Enzo tail lights and interior vents, the model name etched Testarossa-style into the driver's side mirror, and large oval intakes at the front reminiscent of '60s Ferrari race cars. The lusty 4.3-litre V8 powerplant was entirely new and marked a break from a line that could be traced all the way back to the Dino racing programme of the '50s. Output was 483bhp and an equally healthy 343 lb ft of torque - 80 percent of which was available below 3500rpm. The braking was designed in close co-operation with Brembo (calipers/discs) and Bosch (the electronics). There was the choice of six-speed manual or semi-automatic transmission that drove through a computer-controlled limited slip differential. Another notable feature was the steering wheel-mounted control that allowed drivers to select from five different settings, affecting: ESC, electronic suspension, transmission, throttle response and E-diff. Quite a car!

The very handsome righthand drive 430 Spider now available matches a Black leather interior to lustrous Black bodywork. It was supplied new in 2006 by Ferrari specialist Meridien, and has had four former keepers who account for the current total of c.23,600 miles. It features the optional six-speed F1-stle electrohydraulic manual transmission. A new clutch was installed in 2006 and the vendor now considers the Spider bodywork, paintwork, interior trim, V8 engine and semi-automatic gearbox to all be in 'very good' order. A supercar that will surely turn heads wherever it goes.
Share: