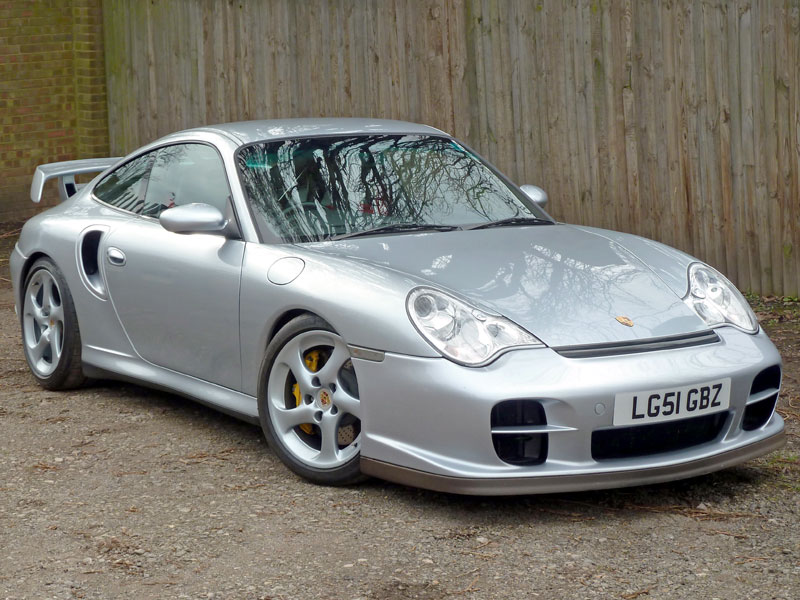 - Believed one of only 16 UK supplied RHD Club Sports and featuring the original sales invoice for £131,710

- Only one owner form new and just 55,000 recorded miles with a very comprehensive maintenance record

When Porsche launched the 996 version of their 911 GT2 in 2000, the car swiftly gained iconic status as one of the most focused and fastest Porsche production cars ever manufactured. With the reported 462bhp produced from its twin turbo flat six engine being transferred to the road through the rear wheels only (the Turbo model had four wheel drive), performance was electrifying with 60mph being achieved from rest in just under 4 seconds and a top speed of about 198mph.

The purchaser resided in Bayswater, West London, and was very much a Porsche enthusiast who raced a modern 911, but despite having his own workshop to maintain his racing car, he entrusted the supplying dealer's Reading workshops to maintain the car for the first four annual services, and Porsche Hatfield for the 2006 and 2007 services. Thereafter he had the car maintained in his own workshop and transferred the registration into the name of his racing team in March 2013. As well as the aforementioned invoices, the history file also contains many maintenance invoices, many expired MOT certificates, and the hand book pack.

With only a reported 129 GT2 models imported by Porsche into the UK when new of which apparently only 16 were to Club Sport specification, this one owner car has a super provenance and is described by the vendor as being excellent in all respects. It is sure to attract the interest of Porsche collectors.
Share: