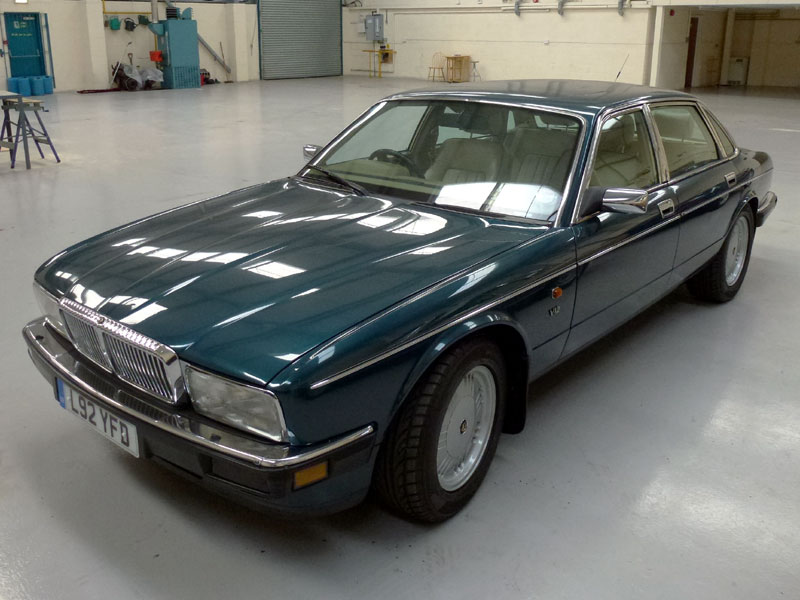 The Jaguar XJ Series and its even more luxuriously appointed Daimler counterparts were introduced in 1968. Some four years into production a 12-cylinder 5.3-litre XJ was offered for the first time, the Series 1, 2 and 3 Daimler versions of which were dubbed the Double Six; thereby reviving a famous Daimler model name of the vintage era. The later variants (XJ81 and X305) produced between 1993 and 1997 featured a 6.0-litre variant of the silky smooth V12 engine mated to GM's equally impressive new 4L80E four-speed automatic transmission.

This right-hand drive, home market 1993 6.0-litre Double Six is finished in Kingfisher Metallic Green and trimmed in Blue-piped Ivory Autolux leather. It has had five keepers to date, and been in the current ownership since December 2008, at which point it was treated to a set of new alloy wheels. The following year the door sill tread-plates, electric aerial and sections of front carpet were replaced. The vendor now regards the bodywork, paintwork and interior trim as "good" and is selling the Daimler complete with: over rugs; wallet containing the service book and driver's handbook; assorted bills; handwritten maintenance notes; and a selection of old MOTs. The Double Six is being sold without current MOT or tax and at No Reserve.
Share: